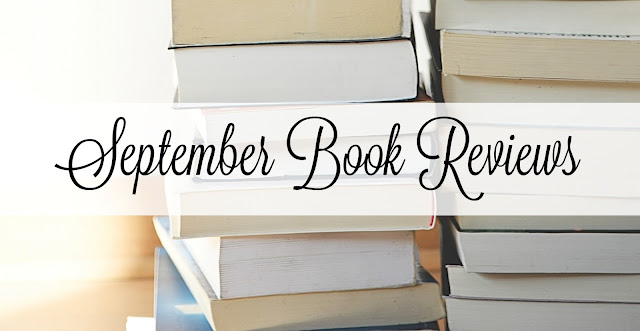 Annabelle is an 11-year-old  who lives in a quiet Pennsylvania town during WWII. Her family farm is situated near a wooded area called Wolf Hollow and she has to pass it daily to get to school. A new girl begins  to bully Annabelle. After one incident, a recluse WWI veteran defends Annabelle and things take a turn for the worst in a domino effect of events that force Annabelle to make difficult decisions and decide whether she will stand for what is right even when everyone else disagrees. This is a YA book by  but don't let that fool you into thinking it's an easy, breezy read. It dives into serious themes like racism and prejudice. It has more twists and turns than I anticipated and the writing was superb!


This book reminds me of:  To Kill A Mockingbird by Harper Lee because of the themes explored as well as the exquisite writing and the fact that it's told from a child's perspective during a rough time in history.

It's 1909 in the under-construction Panama Canal and American cowboy James Holt has been comissioned by none other than President Teddy Roosevelt for a special mission to help a girl named Saffire find her missing mother. He finds himself amidst revolutionary politics, conniving tycoons, and a particularly beautiful woman. This historical fiction novel has mystery and romance, but I wasn't crazy about it. To be fair, I tend to hover towards female-driven novels, so I just wasn't too captivated by the long portions of inner thoughts of this cowboy. The writing was great and the plot is original and intriguing, but  I'm owning up to my bias and saying this wasn't the best book for me but definitely is a good pick for anyone who wants to learn more about the rocky beginnings (pun intended) of the Panama Canal from a noble, likable male character.

Disclaimer: I recieved this book for free from Blogging For Books in exchange for an honest review, which I have provided here.

One of my favorite books of all time. This is a re-re-read that we chose for our ladies book club's first book to discuss. I listened to it via audiobook on Overdrive this time around. Corrie experienced unimaginable brutality while in concentration camps during WWII  she, as a Christian Dutch woman who was in her 50s at the time, chose to hide Jews from the Nazis in her home. Her story is inspiring and has stuck with me for years. Her honesty in her own shortcomings, her compassion for others, and her unrelenting trust in God  in life-threatening circumstances all show what a truly remarkable woman she was.

This book reminds me  Evidence Not Seen by Darline Rose Diebler


The Curious Charms of Arthur Pepper by Phaedra Patrick (audiobook) ★★★★☆

A delightful and charming (pun intended) tale about a recently widowed elderly man whose neatly-scheduled life is turned upside down when he finds a charm bracelet that belonged to his wife. What ensues is a wildly entertaining odyssey to learn things about his wife as he uses the charms on the bracelet to guide him. (Be aware: There were a few references to sexuality and promiscuity).

This book reminds me  A Man Called Ove by  Backman


You Learn By Living: Eleven Keys for a More Fulfilling Life by Eleanor Roosevelt ★★★★☆

I have had a soft spot for the former First Lady ever since I was in 7th grade and chose to do a huge project on her where I dressed up like her for a night and walked around the school giving people clues to who I was. She seemed to balance humility with a big punch of courage and desire to help those in need. This book reads so easily and is packed with great advice  from a great woman. She discussed topics like learning to learn, battling fear, using our time efficiently, facing responsibility, taking part in politics, and learning to be a public servant. I will definitely read this book again when I am a mom because she seemed to weave motherhood into almost every chapter.

This book reminds me of: Let Me Be A Woman by Elisabeth Elliot (except Roosevelt did not discuss religion at all).


Be Frank With Me by Julia Claiborne Johnson (audiobook) ★★★☆☆

When a literary giant named Mimi Banning returns to writing after a hiatus lasting decades, her publisher sends an assistant as a full-time babysitter Mimi's nine-year-old son, Frank. An eccentric child that is obsessed with 1930s and costumes as well as other random trivia facts, Frank is different than any child Alice has babysat --- is his mother. Alice's adventure into the wonderland that is the Bel Air mansion she's now living and working in, as well as this strange but fascinating duo, is entertaining. I wasn't crazy at all about the Xander character, Frank's piano teacher, and since he had a big part in the second half of the book, I lost some interest. Be aware: there are some sexual references between the adult characters.

This book reminds me of: Where'd You Go, Bernadette by Maria Semple


To Kill A Mockingbird by Harper Lee (audiobook) ★★★★★

A beloved classic. To Kill A Mockingbird is a timeless coming-of-age tale told from a child's perspective during a shifting time in her small town when the fight for racial equality and prejudice rocked the core of an otherwise sleepy Southern town. Weaving hilarious stories of kids being kids in the first half of the book and then moving to a more serious tone with the trial of an innocent African-American man wrongfully accused of a crime, Harper Lee knit together a masterpiece that deserves to be read time and time again without fear of censorship.  I read it a few times in high school and it this month for the Banned Book challenge on #COLLABOREADS. See me of the book HERE. It is so relevant what's going on right now in our country. I listened to the audiobook, narrated by Sissy Spacek, and she did a fantastic job bringing Scout's voice to life!


Rise of the Rocket Girls: The Women Who Propelled Us, From Missiles to the Moon to Mars by Nathalia Holt ★★★★☆

At its inception in the 1940s, the Jet Propulsion Laboratory was a budding company focused was on creating missiles for the U.S. military during WWII. After the war, they switched gears to space exploration as they joined NASA in the space race against Russia. From day one, women who excelled in mathematics were hired and played a vital role. Before computers were a real thing, these women's job title was literally computers (and later, they were referred to as human computers). They computed extremely detailed calculations (mostly by hand!) that, paired with the engineers at JPL, lead to rocket designs and trajectories, the first American satellites, and the mission to Mars and beyond. In a time when women were expected to settle down at a young age as wives and mothers, these women went against the grain and pursued their passion for science and math. Several were able to balance work, marriage, and motherhood and Holt does an excellent job shedding a light on these phenomenal women and their stories.


The Power of Habit: Why We Do What We Do in Life and Business by Charles Duhigg ★★★★★

I have seen a lot of great reviews on this book and finally found out what all the hype is about. This is an interesting, entertaining, and compelling book about the science and psychology behind our habits. Duhigg discusses the three parts of a habit loop: the cue, the routine, and the reward. Using this basic framework, he uses well-researched data to show how we can change our negative habits into positive habits in the first part of the book. He then explores how mega-businesses like Target and Procter & Gamble as well as athletes like Michael Phelps and NFL coach Tony Dungy and mega-church pastor Rick Warren use habits for their success and the success of others.   It is a practical book but reads fluidly because of his interesting research. It caused me to point the spotlight on some of my own bad habits and I am brainstorming how to use what I learned to make some better habits.

This book reminds me Quiet: The Power of Introverts in a World That Can't Stop Talking by Susan Cain (because of the meticulous and highly interesting research as well as readability).


25 Questions You're Afraid To Ask About Love, Sex, and Intimacy by Dr. Juli Slattery ★★★★★

Slattery tackles common questions women ask (or secretly want to ask) about sexuality in this easy-to-read book that reads more like a reference book than from front-to-back cover. Various topics are discussed, such as pornography, betrayal in marriage, singleness, getting past shame from past sexual abuse,  and living together before marriage. Slattery is a psychologist as well as an author and co-founder of Authentic Intimacy, which is a ministry that focuses on reclaiming God's design for intimacy within marriage. Her wisdom and courage to approach questions that are often is a breath of fresh air.

This book reminds me of: Surprised By The Healer by Linda Dillow and Dr. Juli Slattery (this is how I found out about Juli) and Intimate Issues: 21 Questions Christian Women Ask About Sex by Linda Dillow.

Disclaimer: I received this book for free from Moody Publishers in exchange for an honest review, which I have provided.

Before the Fall by Noah Hawley

The Light Between Oceans by M.L. Steadman

The Quotidian Mysteries by Kathleen Norris

This Is Where You Belong by Melody Warnick
Email Post
Labels: book reviews