The Boys in the Boat: Nine Americans and Their Epic Quest for Gold at the 1936 Olympics
Daniel James Brown

This book was incredible! It was so intriguing, captivating, and filled with inspirational men who didn't allow their circumstances to dictate their future. I've heard about this book for many months from different bloggers and finally checked it out from the library. I wondered if I would be bored or lost in the details since I have no experience with . But the writing was done so well that I was able to jump right into it, and in the I learned a lot about the sport! Plus, it is set in Seattle at my alma mater, UW, so it was fun to recognize a lot of the geographical references.

The biography centers around nine University of Washington students from humble backgrounds who enter into the competitive and elite world of collegiate rowing. Through seemingly insurmountable odds, they end up at the Berlin Olympics of 1936. While Hitler and his cronies are bewitching tourists and connivingly hiding their evil plans for the soon-to-come Holocaust and WWII, these nine men beat the odds and show what American grit looks like. Check out the official book trailer for more info and photos.

Recently orphaned and horridly spoiled Mary Lennox arrives at her estranged uncle's gloomy manor in the moors of England. Here she discovers that there is a locked-up garden that has not been visited for ten years. Adventures await as Mary unlocks mysteries of the garden, meets new  and learns to have fun and imagine.

This was my re-read for June. I read it as a middle-schooler and recently wanted to re-read the classic, so I found it on LibriVox. It is narrated by the same narrator (Karen Savage) as the Anne of Green Gable books I have been listening to. She had the British and Yorkshire accents down pat and made the book come alive. Even as an adult, it was a sweet and engaging story. I can see why it is still a classic so many decades after being published.

The adventures of Anne continue in this fourth book as Anne accepts a job as a principle at Summerside High School. Away from her beloved Avonlea for three years, she makes new friends, writes love letters to Gilbert (who is away at medical school), and continues to be the lovable character she has been thus far.

This fourth book in the Anne series was actually written two decades after the third book (1915)  and the fifth book (1917)  were written, so it felt a bit off from the previous three books. L.M. Montgomery tired of Anne after the fifth book (Anne's House of Dreams  in 1917) and wanted to stop there. But years later, in 1936, she returned to Anne and wrote this book. Now that I have started Anne's House of Dreams (book 5), I can tell that Windy Poplars was not part of the series until later because nothing from Windy Poplars is mentioned in House of Dreams, which feels disjointed. Basically, this book was a response to the question that plagued some of the early fans of the Anne books: Where was Anne for the three years between Gilbert proposing and their wedding that is chronicled in Anne's House of Dreams? Well, she was in Summerside, apparently, and she had plenty of new friends. I felt like there was just too many characters in this book. There would be a certain person that would be introduced for about three chapters and then vaguely mentioned the rest of the book. This continued with many characters and didn't really flow as well as her other books. Also, the style of the book was different than any of the other Anne books. It was half narration (same as the others) and half written as letters from Anne to Gilbert. I like epistolary novels, but it was a bit odd to switch back and forth between the two writing styles. Still, there were plenty of hilarious lines to keep me entertained.

Anne gets married and is living in her "house of dreams" in an idyllic seaside town of Four Winds on Prince Edward Island, where Gilbert is a new physician. Her first few years of marriage are chronicled, along with new friendships. Heartbreaks, joys, and surprises are in store in this fifth book in the beloved series.

This book was sadder than the previous books. There was definitely a lot of sweet moments, but there were a few parts that were unexpected and had a darker feel than the other Anne books. It was also a different feel because it was the first book where Anne is neither writing nor teaching. She is a housewife who spends a lot of the book visiting -- and being visited by -- new friends in town. There's definitely nothing wrong with being a housewife (that's my current season right now since I haven't started working since moving to Texas), but these were two important aspects of Anne's life thus far, so I definitely felt their absence throughout this story. Like I mentioned above in Anne of Windy Poplars, this book was written twenty years before Windy Poplars, so none of the characters from Windy Poplars was obviously mentioned in this book since they hadn't been written about yet. This caused a slight lack of continuity for me, but Marilla (and other characters from the early books) made several appearances, so I was still content overall.

Bird By Bird: Some Instructions on Writing and Life
Anne Lamott

I am aware I am going against the grain with this  because this book has been touted by many people in the writing/publishing world as a must-read for writers. I am also aware that many people love Anne's style of writing. But I will just say it: I am not a fan. Sure, there are some great instructions on writing, aided by creative analogies and quirky anecdotes.  She had some useful pointers, such as carrying index cards with you for writing down ideas, phrases, quotes (or, in this day, type it in your phone or dictate it to Siri). And I love the story behind the title of the book:  "Just take it bird by bird" was her dad's response to her exasperated brother when he started a huge school report on birds the evening before it was due. He felt like he couldn't possibly finish the project in time, and the dad, pointing to the stack of books on birds said, "Just take it bird by bird." I love that. I have been using that term recently when I feel overwhelmed with writing, or life in general.

But I just couldn't get over Lamott's brash writing style. Don't get me wrong: I appreciate writers who are honest and vulnerable and say it like it is, especially in memoirs (which this is, in part). But for me, Anne's writing goes overboard with inappropriateness and it distracted me from the actual writing advice. I could skip over the plentiful F-bombs she threw out there, but there were a few parts that just made me cringe. She can be really witty and humorous, but then it can quickly turn into a long stream of sarcastic, negative, and even insensitive rants  that I just kept getting annoyed with.

Elizabeth Gilbert became known worldwide after the release of her best-seller Eat Pray Love. Now, in Big Magic, she explores the idea and practice of creativity. Whether you want to write a book, begin a new hobby, or go on an adventure, Big Magic has the oomph to inspire you to take that first step. She is positive (without being blindly optimistic) and entertaining  throughout the book as she offers thoughts on embracing curiosity and courage, letting go of fear and perfectionism (which, she says is "fear in pretty clothing"), and persisting through setbacks and failure.

The only thing I was not too crazy about was the way she over-spiritualized/mysticized the concept of creativity where ideas were made to sound like spirits looking for someone to accept them and invite them in. A little too metaphysical/New Age for me, but luckily, if that's not your kind of thing either, it's not overly mentioned and the rest of the book is well worth reading. I ignored those parts and instead, thought how I would explain creativity from my own Christian worldview. Basically, I believe God is the Creator and we are created in His image as it says in Genesis 1 (imago ). Therefore, a part of us was made to reflect His creativity. When I create things -- whether music, art, written word -- it can be a way for me to reflect and worship the God of Creation. When I look at it in this way, I can better place creativity  in its rightful spot. It's not the most important thing (which Gilbert kinda portrays in some ways), but it is still a beautiful part of the ways we were designed.

Also, there is some language in the book, so be forewarned (definitely not as much as Bird By Bird, though). In my opinion (take it or leave it), if you are wanting to read a book to be inspired to create (especially writing) and are deciding between Bird By Bird and Big Magic, I would choose the latter. Her overall voice is more optimistic, less brash (though Gilbert definitely has her own spunk!), and overall a better read.

At Home in Mitford (The Mitford Years, #1) by Jan Karon
Living By The Book: The Art and Science of Reading the Bible by Howard Hendricks
None Like Him: 10 Ways God Is Different From Us by Jen Wilkin
The Elements of Style (Illustrated) by William Strunk, Jr. and E.B. White


What did you read in June? Any books you recommend?

* Disclosure: Any Amazon purchases made through using the Amazon links  in this post will give Beautiful Hope Blog a tiny compensation with no extra cost to you. 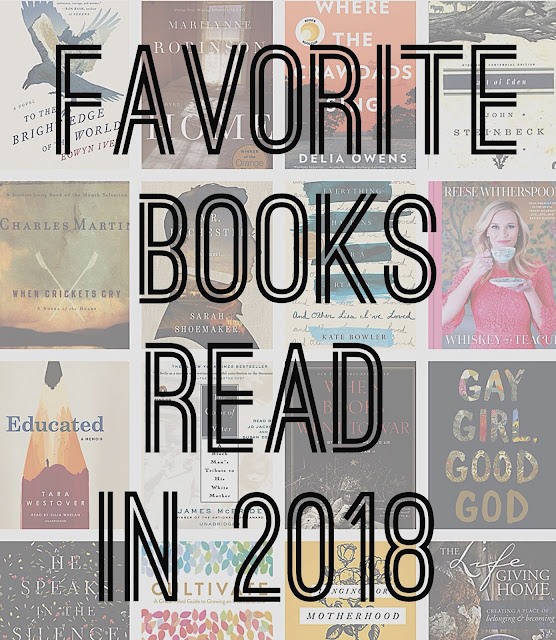