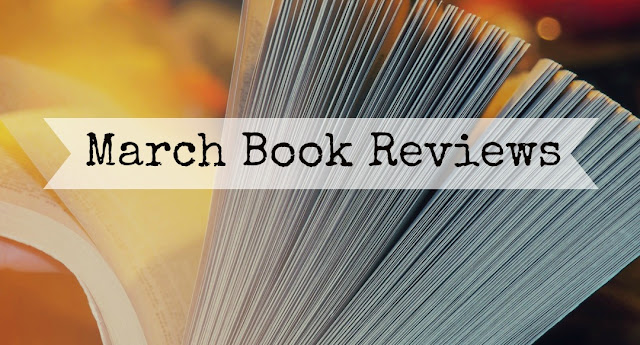 It is pretty rare when I can say it, but this month I can definitely declare that I absolutely loved all the books I read this month! I stopped The Secret Keeper by Kate Morton after a few chapters (mysteries are not my thing and I have been reading a lot of WWII fiction and nonfiction, so I just couldn't get into it, despite it being beloved by many people). This allowed time to dive into these eight books that I ended up reading and which all won my heart for various reasons.

The beloved tale of a spunky freckled redhead named Anne ("with an E!)" Shirley, who is adopted by elderly Cuthberts of Green Gables (in Prince Edward Island, Canada). They had wanted a boy to help on their farm, but they got an 11-year old with a temper to match her hair with an imagination and creativity to spark some joy and laughter in their slow and quiet lives. This is the first book in the series and follows Anne through age sixteen and chronicles her hilarious hijinks.

I was familiar with most of the story since I read an abridged version many years ago and loved watching the movies too, but it was so fun to hear the whole story. I laughed out loud as Anne continually got herself into mischief and rejoiced with her as she developed into a top student at her school.  I listened to it through LibriVox, an app that has free audiobooks (mostly classics) read by volunteers. The quality of the readings can vary, but it was free (woohoo) and it was a great way to "read" while cleaning my apartment, driving around for errands, and while jogging.

My rating: 5/5
Click HERE to check this book out on Amazon!

I cannot express how much I love this book. Darlene's faith in God even during seemingly unsurmountable trials and painful suffering  is inspiring and an amazing picture of a woman after God's heart. Likewise, the miraculous ways God intervened in her life during her eight years in New Guinea (four of which were in a notorious Japanese prison camp) bolstered my faith in God's sovereignty and unfailing love even in suffering. This book is pure gold and I recommend it wholeheartedly.

Darlene was a newlywed when she embarked on her first missionary trip overseas with her seasoned husband, Russell Deibler. She was the first American woman to enter the Baliem Valley of New Guinea where she and Russell shared about Jesus. Within 3 years, WWII changed everything. After the attack on Pearl Harbor in 1941, the Japanese took control of the South Pacific islands and took prisoners of war, including missionaries. Darlene spent four heart-wrenching years seeing brutality, severe malnutrition, and other atrocities in a prison camp deep in the jungle. Her faith, courage, strength, resilience, and trust in the Lord carried her through these horrific circumstances.

My rating: 5 out of 5
Click HERE to check this book out on Amazon!

A sweet tale of two sisters (one in NYC and the other in Seattle) and the differences and hurt that threatens to keep them apart, wrapped up in classic Jane Austen references . . . what's not to love?! I laughed, I cried, and I absolutely adored this read! Here is a synopsis: Elizabeth is a head chef in a NYC restaurant but has lost her edge and believes she is in danger of losing her restaurant. She needs to regain her original spark with cooking and needs a break. She decides to travel to Seattle to visit her older sister, Jane, who is going through chemotherapy and struggling to cope with her cancer diagnosis.   Here, she is confronted with unresolved hurt with her sister and father, but her cooking helps pave a way for possible reconciliation as well as new beginnings.

My rating: 5 out of 5
click HERE to check this book out on Amazon! 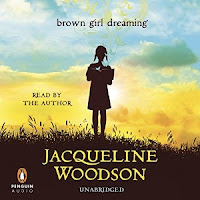 I heard about this book on THIS episode of What Should I Read Next podcast by Anne Bogle from Modern Mrs Darcy blog. I listened to the audiobook that I checked out from my local library, which is read by the author herself! It was an excellent memoir of Jacqueline's childhood woven together in absolutely beautiful free verse. Simple enough for a young reader to understand, but witty and mesmerizing enough for adults to cherish as well. Jacqueline's unique poetic style will keep you hooked as she shares memories of her upbringing during the 1960s-1970s, which was split between South Carolina with her maternal grandparents and New York with her mom. It reminded me of both A Tree Grows In Brooklyn (especially when she talks about her love for writing) and I Know Why The Caged Bird Sings (especially her family situation and being raised primarily by her grandma).

The Story of the Other Wise Man
Henry Van Dyke

I heard about this short story while reading Evidence Not Seen (see above). Darlene's husband told this story to men during their imprisonment and it left an imprint on many of the POWs. Typically retold around Christmas, but cherished year-round, the tale is about a wise man named Artaban who was supposed to accompany the three wise man to find the one whom the ancient prophesies foretold would be Messiah. He is delayed in meeting up with the three because he stops to help a dying man beside the road. Once he realizes the other three started the long journey without him, he begins the pilgrimage through the deserts of the Middle East on his own. He encounters suffering and misfortune that further delay his deep longing to offer his precious gifts for Jesus and then appears to have missed his chance once he arrives to Bethlehem, but his life is forever changed as his search continues. This is an absolutely beautiful parable about worshiping God through serving those who suffer.

My rating: 5 out of 5 stars
click HERE to check this book out on Amazon!

The Little Bookstore of Big Stone Gap: A Memoir of Friendship, Community, and the Uncommon Pleasure of a Good Book
Wendy Welsh

Wendy writes about her first five years of owning a used bookstore in a small, struggling coal-mining town in Virginia called Big Stone Gap. As newcomers in the town that was filled with people who had grown up there, they were seen as outsiders and many doubted their little bookstore (in which they lived on the second floor) would survive past its first anniversary. But Wendy and her Scottish husband, Jack, combine their love for books and bringing people together with a whole lot of elbow grease and get to work, creating a community hub in the small Appalachian town that defies the odds of a struggling economy, big box stores chains, and the ever-looming internet world of Amazon and e-readers. Wendy is hilarious but also very insightful. She is a prolific storyteller as she shares memories from the infancy of the bookstore and the antics they went through to make their literary dream come true. It is a great read and I am so glad I checked it out after hearing about it on What Should I Read Next (Episode 6).

My rating: 5 out of 5
Click HERE to check this book out on Amazon!

Quiet: The Power of Introverts in a World That Wont Stop Talking
Susan Cain

Quiet is a phenomenal look into various facets of being an introvert in today's society. Susan Cain explores the Extrovert Ideal, which rose to popularity in the 20th century in the American culture, especially in areas such as  business, education, psychology, and religion. She mentions notable introverts who are successful, inspiring, and make (or made) an impact on our world without losing their introvert personality (such as Dr. Suess, Rosa Parks, and Apple co-founder Steve Wozniak). She dives into various expertly researched arguments against undervaluing introverts and the need for quiet.

I absolutely loved this book! As an introvert, I thoroughly enjoyed Cain's passionate writing in defense of introversion and the power that lies within those who don't naturally bounce with energy during staff meetings nor are known to be the center of attention at parties.

A profound memoir about Sheldon and his wife's idyllic marriage, their search for faith while living in Oxford (and concurrently, Sheldon's pen-pal friendship with C.S. Lewis, complete with 18 amazing letters from Lewis), and the "severe mercy" Sheldon endured while grieving his wife's death. Sheldon is a poet and had always been enraptured (and even slightly obsessed) with the ideal of beauty and having an unbreakable love with his wife that they fiercely guarded in their early years. These two main focuses of his life led them to unbelievable adventures early in their marriage, from Navy ships in Hawaii during WWII to sailing around the Florida Keys (and later the Chesapeake Bay) for months, and eventually studying at Oxford.  But most interesting for me was to hear how they each became Christians and how Sheldon in particular struggled with a lot of doctrines and theological questions that his friends (especially C.S. Lewis) helped him work through.  It is a great story, filled with adventure and thought-provoking reflections.

What did you read this month? Any books you are excited to pick up in April?


* Disclosure: Any Amazon purchases made through using the Amazon links  in this post will give Beautiful Hope Blog a small compensation.