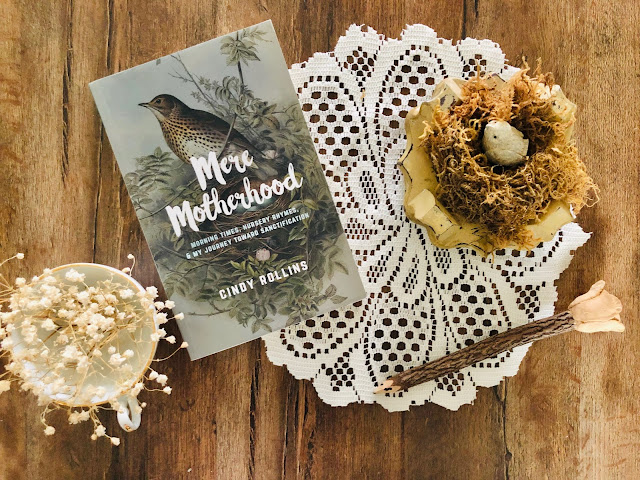 Cindy shares her thoughts and lessons learned from being a homeschooling mama to nine children (eight boys [!!!] and one girl) in the past thirty years. Now a blogger, podcaster, author, and well-known in the homeschooling world, she can look back at her success and dedication to her children as well as her own blunders, and uses this memoir to encourage young mamas in their own journey towards sanctification. Her thoughts on her Christian faith and ways she was challenged over the years was a delight to read as well as her long history with homeschooling. She has a casual and often comical style (you need to have a sense of humor with eight boys, right?!) while still packing a punch in sharing her convictions about the importance of the role of motherhood. I would definitely recommend it to Christian moms who are (or are interested in) homeschooling, but there is also plenty to enjoy if you're not a homeschooling mom. She definitely showed her passion, specifically for the Charlotte Mason and classical education philosophies, but I didn't feel like it was judge-y towards families who do not homeschool, nor did I feel she pridefully exalted homeschooling far above other education options.
Rating: PG
Reading Challenge: This is the second book I read in 2021 that is from my bookshelf (Goal: read at least 1 book a month from my bookshelf for the Unread Bookshelf Challenge).
The Innocence of Father Brown by G.K. Chesterton (audiobook) ★★★★☆

I have heard this book recommended enough time to perk my bibliophile antennae, so I added it to both my Back to Classics and Classics Club Challenges. It turned out to be a great read about a witty, wise, and whip-smart Catholic priest who is simultaneously a detective. He is similar to the other beloved English sleuth, Sherlock Holmes, because he always figures out the crime before the official detectives and police officers on a specific case, yet he is more lovable because he is often soft-spoken, unassuming, and tender-hearted. How does a priest become a detective, you may ask? Because of the many confessions of crime and evil that he listens to as a priest during confessionals, he is privy to an uncanny insight of human evil, while also being an astute observer of often-missed evidence (à la Sherlock Holmes). The eleven short stories were all creative and different from one another, always surprising me in the end. They were slightly gory (a decapitated head, for instance) but all the murders happened behind the scene, so it wasn't scary in that sense, just a little gross.
Rating: PG (details of a murder)
Reminds me of: a humble, more endearing Sherlock Holmes (Sir Conan Doyle) and Inspector Poirot (Agatha Christie)
Reading Challenge: Classics Club: 17th book (out of 75). See my whole list HERE
Back to Classics challenge: 2nd of 12 books. See my list HERE
Listen, Slowly by Thanhha Lai (audiobook) ★★★☆☆

A middle-grade novel about a  twelve year-old Vietnamese-American twelve-year old girl named Mai, California resentfully accompanies her grandmother to Vietnam in search for answers regarding her husband's disappearance during the Vietnam War. She complains almost the entire trip, wishing she was back on the beaches of Laguna with her best friend and ogling over her crush instead of stuck in a country she has no desire to embrace. Slowly, she starts to change colors, especially when she understands the importance of this journey to her grandmother. I really enjoyed the cultural and geographical aspect of the book. I did not know much about the Vietnamese culture, and this book dives into a lot of the customs, delicious food, family expectations, and language nuances. Mai's extended family in the small Vietnamese village were so fun to read about, especially their home remedies for everything from curing the body of parasites to curing the face of a girl's first zit. But Mai was incredibly irritating for me and seemed very spoiled. Her Valley Girl-like style of talking, sarcasm towards her parents (who she is mad at for forcing her to go on this tip), and her self-entitlement and selfishnesses (she is constantly trying to plot how to go back home) were just so distracting from the story. I finally started to not be as annoyed in the last chapter; that's how long it took for some maturity to creep into her self-obsessed self. It would have been a solid 4-star book for me without her annoying personality, but I guess that was necessary to show her character development.
Rating: PG (mentions her friend wearing thongs and flaunting her big butt and breasts, which seems so inappropriate and early for a twelve-year old, but maybe I am just very old-fashioned)
The Hobbit by J.R.R. Tolkien and the illustrated edition (illustrated by David Wenzel and adapted by Charles Dixon ★★★★★
See HERE for the extended review of both of these books 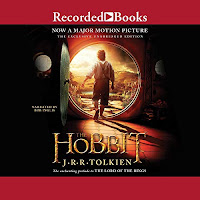 Charles Martin is one of the rare contemporary authors who I can trust; I know his books won't contain cuss words and sex scenes, and I know they'll include engaging plots and a positive message (usually with Christian themes). So I often do not even read the plot description before starting one of this novels, and I am always pleasantly surprised. In this modern retelling of the Biblical parable of the prodigal son, he explores the power of music, identity, and forgiveness. Cooper O'Connor was the son of a preacher, whom he deserted at the age of eighteen in exchange for the pursuit of fame and fortune in Nashville. But his plans don't go as he desired and all he wants is to return to his father and apologize, until certain events happen that prevent him from believing he can do this. Five years later (which is where the novel begins), he is reunited with a woman he once loved, and he is reminded of the tumultuous events that led to a life-altering accident. I enjoyed this novel and its positive message, which Martin always gets across without being preachy or trite.
Rating: PG
The Power of the Cross of Christ by Charles Spurgeon (compiled and edited by Lance Wubbels) ★★★★★

I have long been encouraged and challenged by Spurgeon's Biblical teachings and sermons, so I have been curious about this collection of sermons he preached about the cross, and basically, the gospel. Spurgeon's writing was not too lofty or old-fashioned, so it was easy to follow along with his thoughts. This was somewhat of a Lent devotional, though I started it several weeks before Lent, because I knew I had a few other devotionals I wanted to read in preparation for Easter. It has easily become my favorite book to read before Easter, so I am sure to revisit it in future years. Spurgeon does a phenomenal job of finding lessons and thought-provoking statements on the events leading up to the crucifixion of Christ as he explores the ways Jesus and His work on the cross are like a "marvelous magnet", drawing sinners to Himself. In an early chapter, he looks to the women who were mourning Jesus as He carried His cross to Calvary and discusses the reasons we should weep as well (not just because it was a horrible thing done to Him, but because our own sin, along with everyone else's sin, was the reason He died on the cross). He then uses the next seven chapters to dig into each of the seven last phrases of Jesus while on the cross, from His plea for ignorant sinners ("Father, forgive them for they know not what they do"), to His words to the repentant thief on the cross ("Truly I say to you, today you will be with Me in Paradise"), the painful loneliness of His Father turning His face from Jesus ("My God, My God, why have You forsaken Me?"), His suffering and torture ("I thirst"), the complete justification and work of salvation ("It is finished"), and His restored community with His Father ("Father, into Your hands I commit My spirit"). He also looks at two miracles that occurred, the three hours of darkness at noon and the torn veil in the temple, in other chapters.  If you want to dig into the narrative of the gospel, this is a great resource.
Rating: G
Reading Challenge: This is the third book I read in 2021 that is from my bookshelf (Goal: read at least 1 book a month from my bookshelf for the Unread Bookshelf Challenge).
My Star Ratings
★★★★★ =  I LOVED it!
★★★★☆ = I enjoyed it
★★★☆☆ = It was okay overall
★★☆☆☆ = Wasn't a fan
★☆☆☆☆ = Disliked it a lot
Email Post
Labels: book reviews