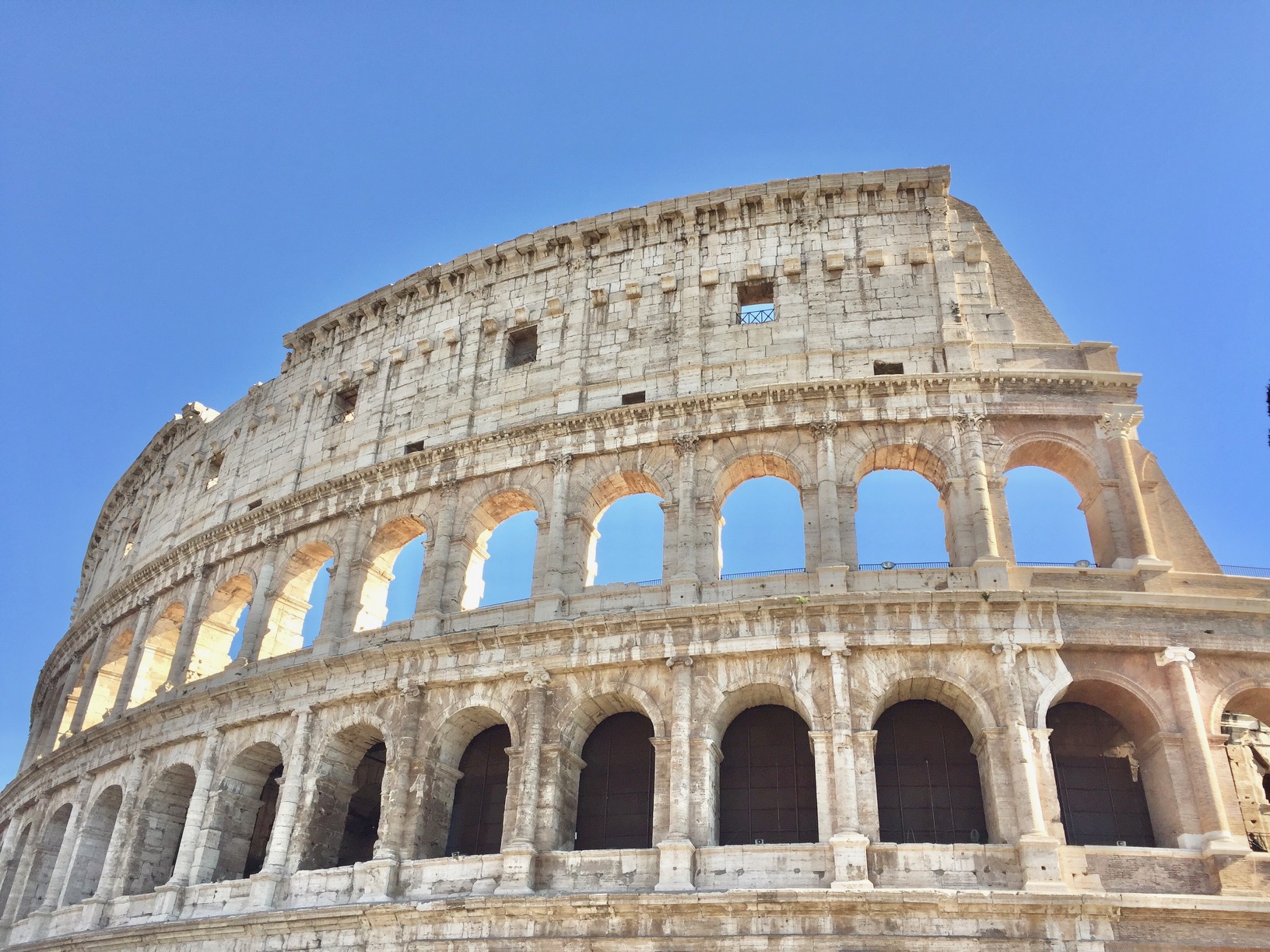 In 2017, we celebrated our two-year anniversary in France and Italy (see other posts HERE). During our three-week trip, one of the days we were especially excited for was our guided tour through the Colosseum. It was a three-hour group tour that included The Roman Forum, so a lot was covered, both in historical information as well as distance covered within these two huge areas. It was a warm autumn day, perfect for some sight-seeing.
The Roman Forum
The Roman Forum  (Foro Romano in Italian) was the ancient downtown or city center of Rome, filled with bustling temples, markets, and government buildings. Originally a marshy lake, it was drained and the impressive site was built in the 6th century B.C. It is situated between the Capitoline and Palatine hills. On any given day, a Roman civilian in the rectangular Forum would see triumphant processions of prestigious politicians and war heroes as well as criminal trials, hear impassioned political speeches, smell the wafting fragrances of food, and be entertained by gladiator matches. 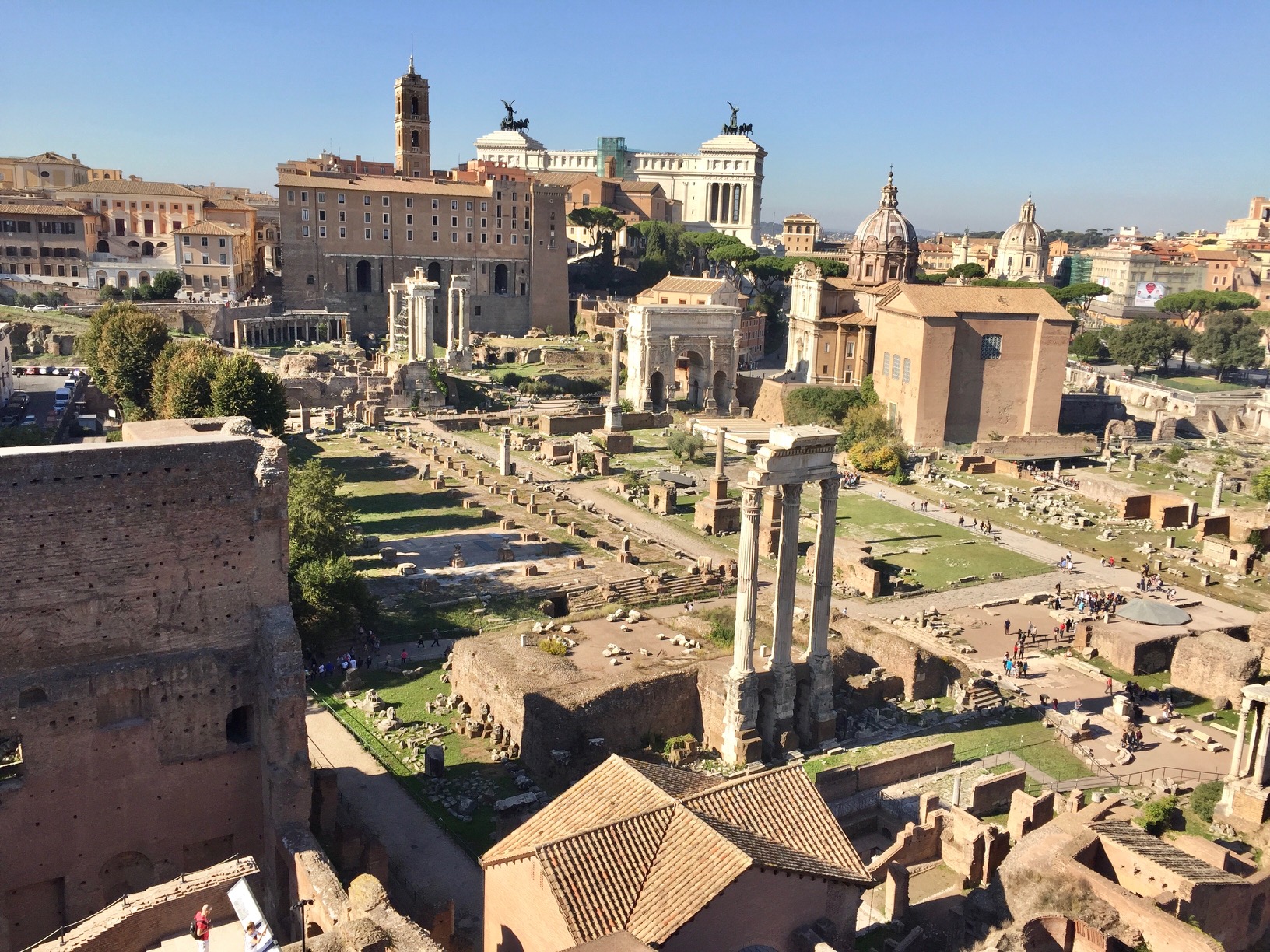 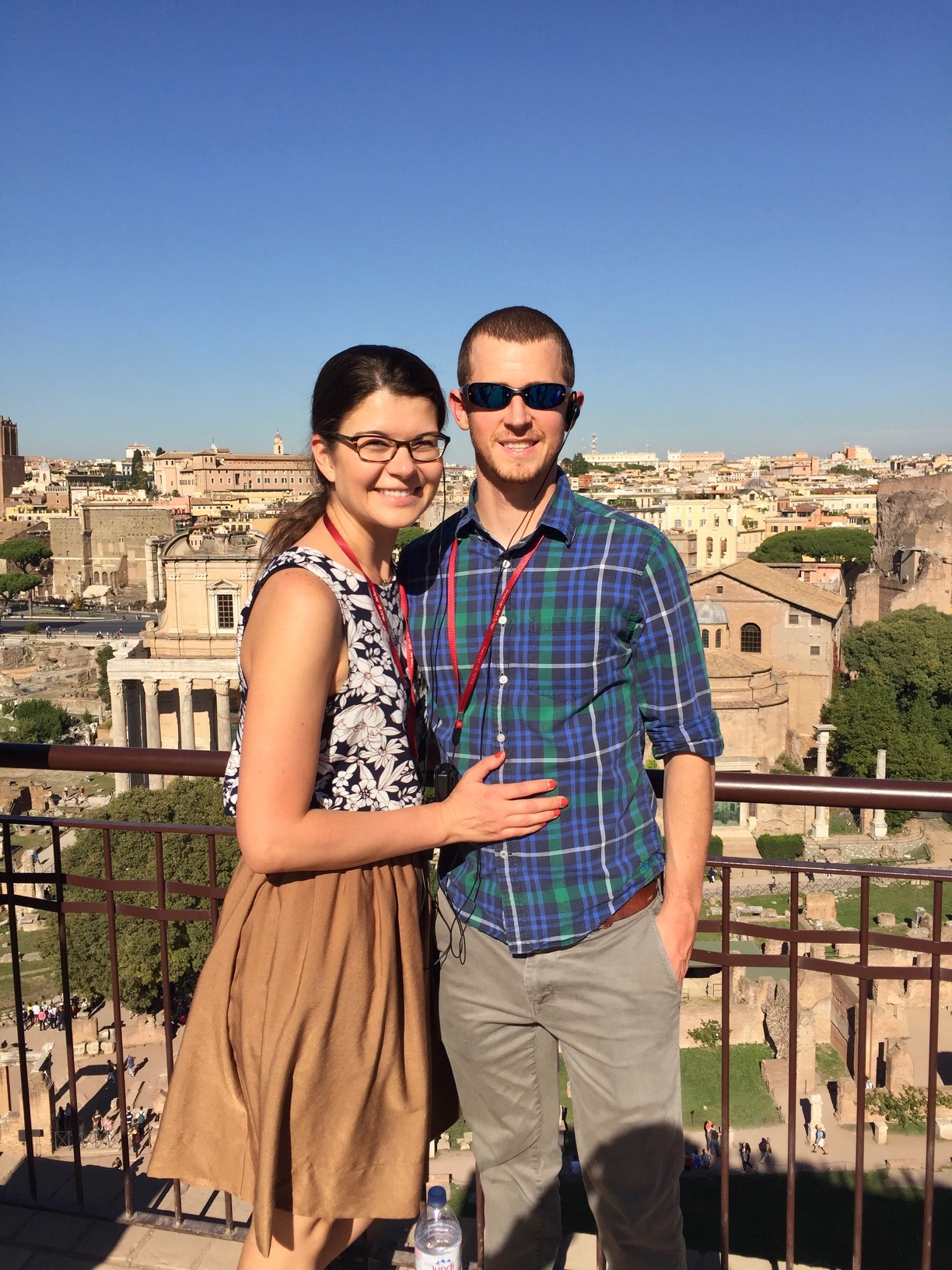 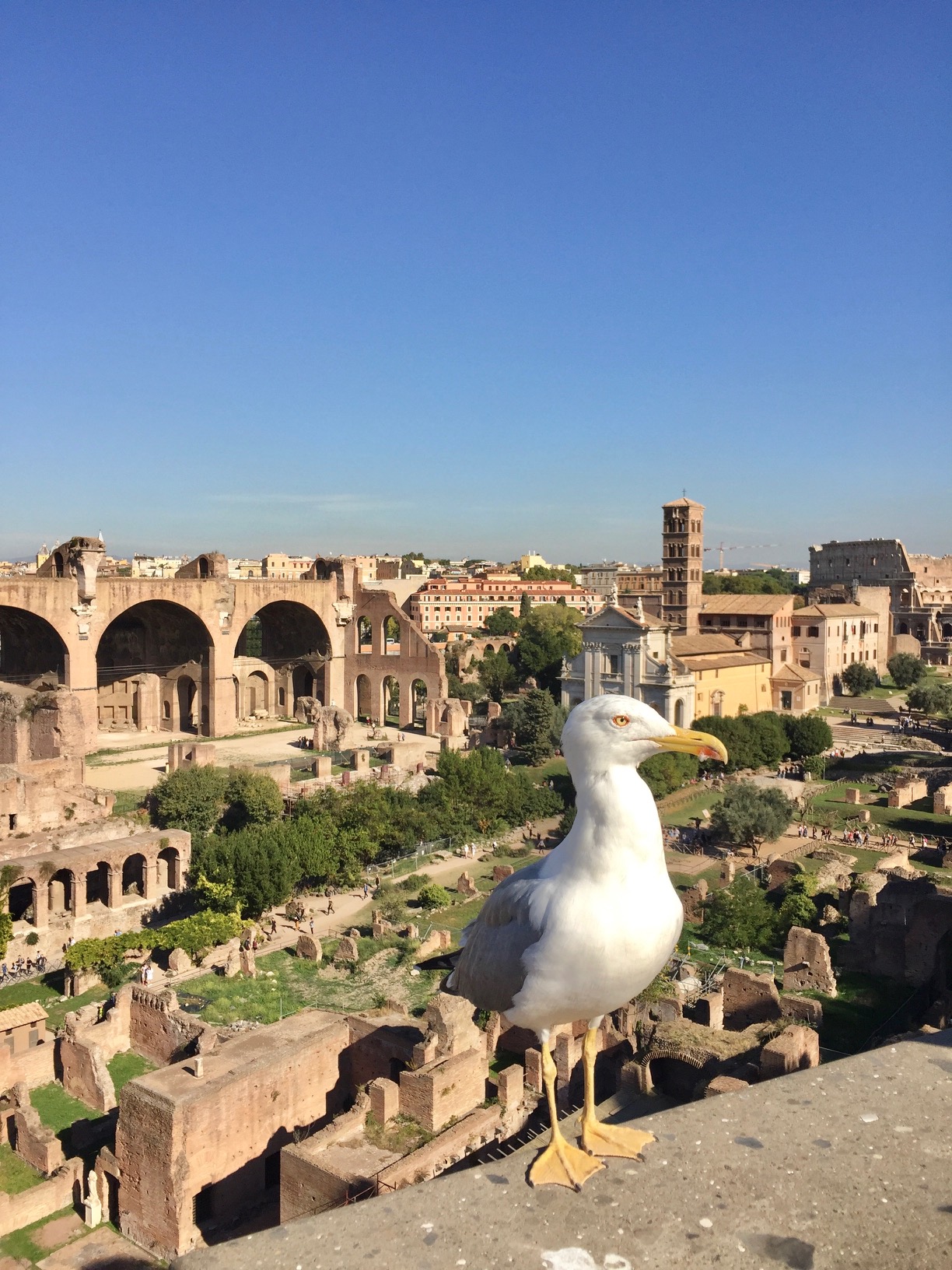 Some of Rome's oldest temples are in the Roman Forum, including the Temple of Vesta (goddess of hearth and home) and the surrounding House of Vestals (a three-story, fifty-room palace housing the priestesses of Vesta who were in charge of keeping the sacred fire burning in the temple as well as guarding sacred objects in the temple). Below are  the remains of the House of Vestals, statues of the virgins or priestesses. 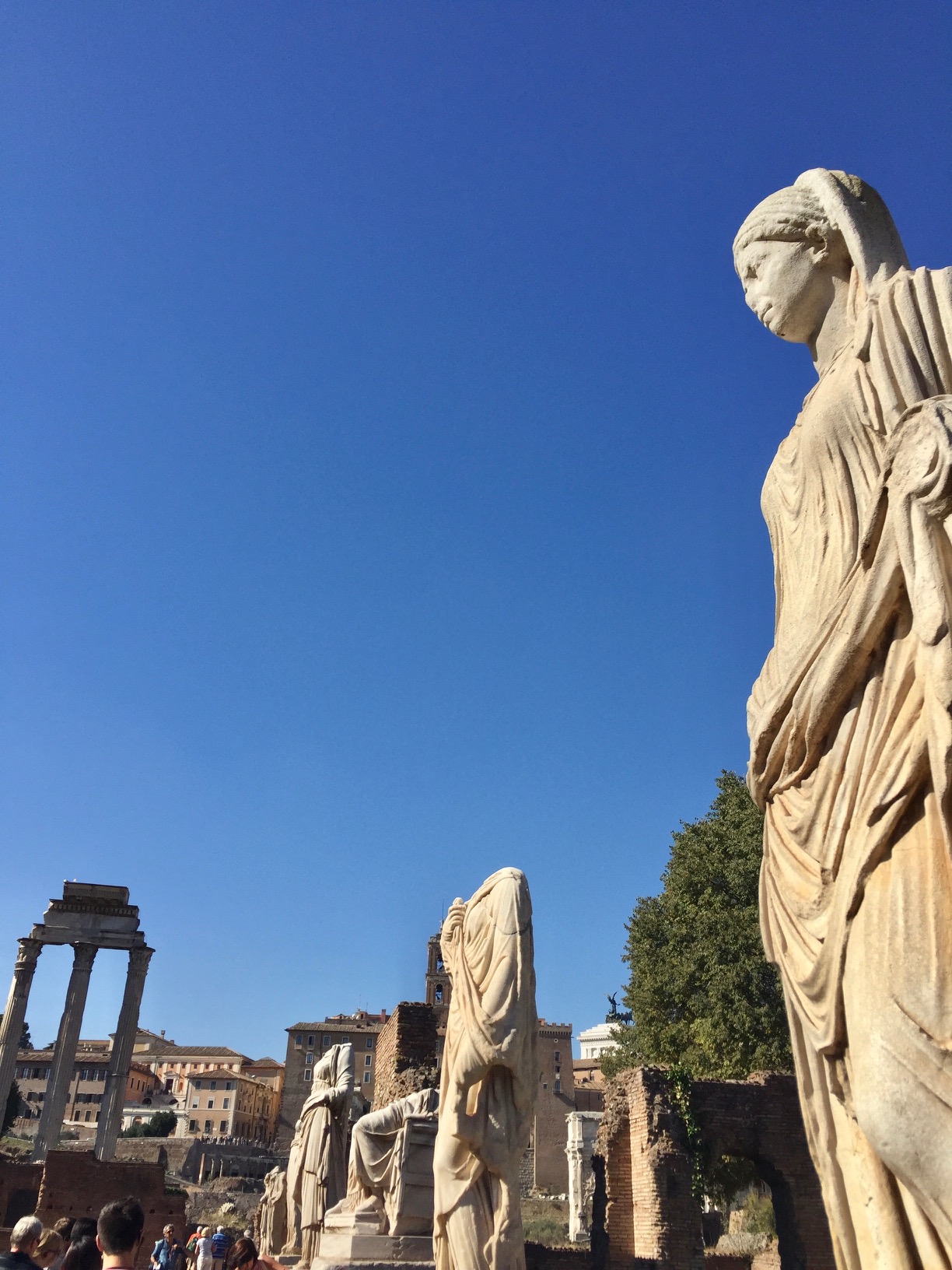 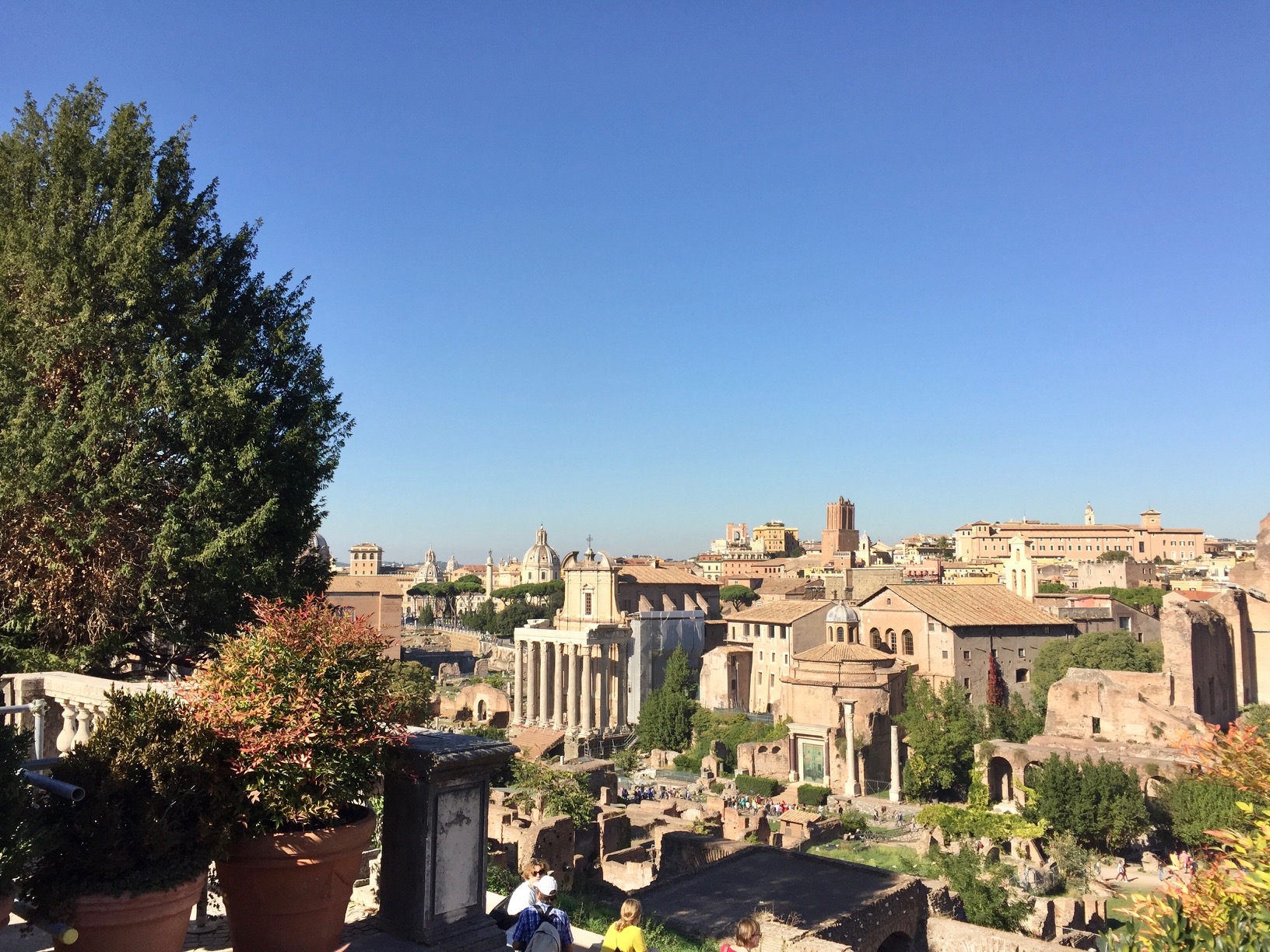 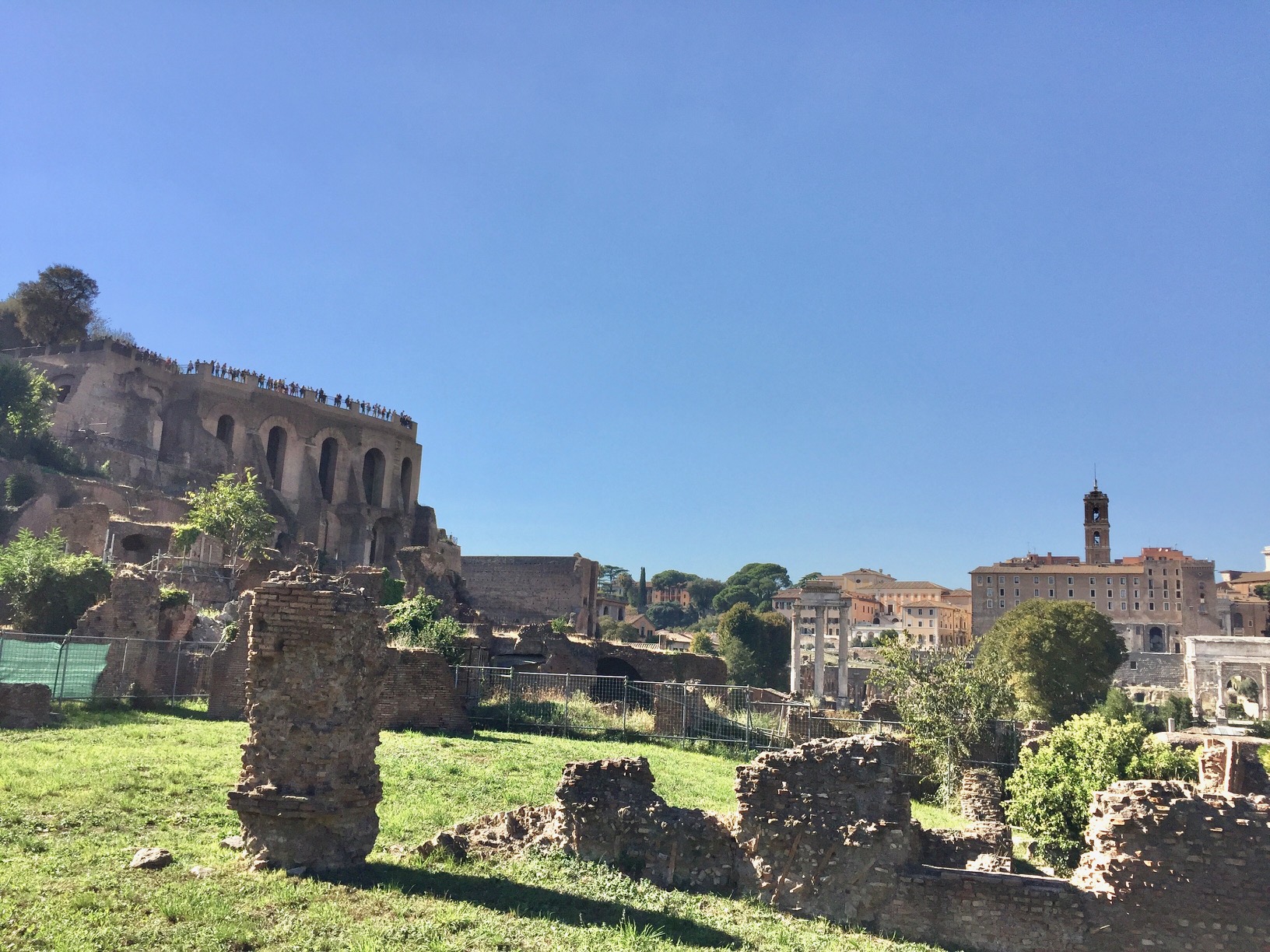 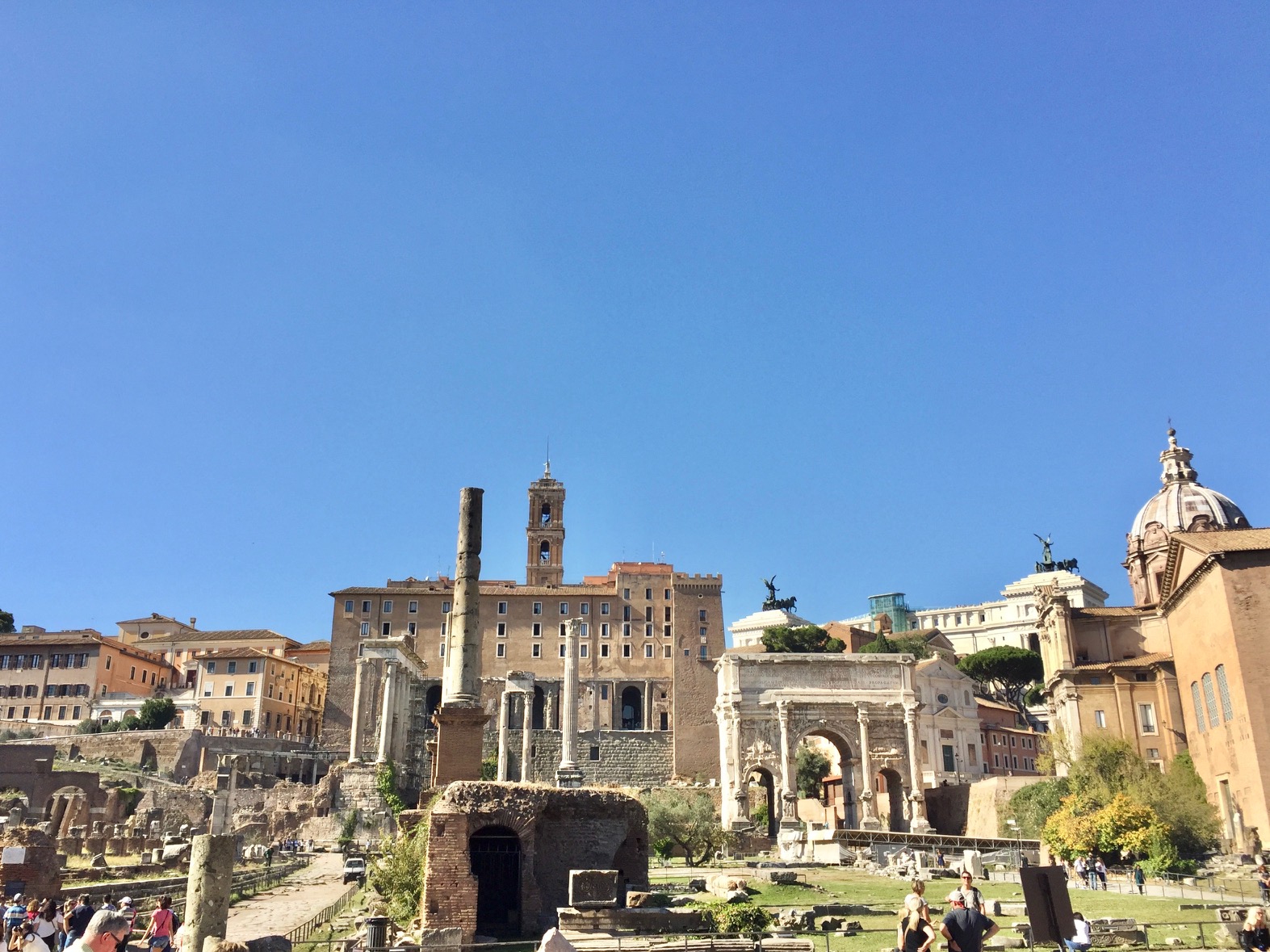 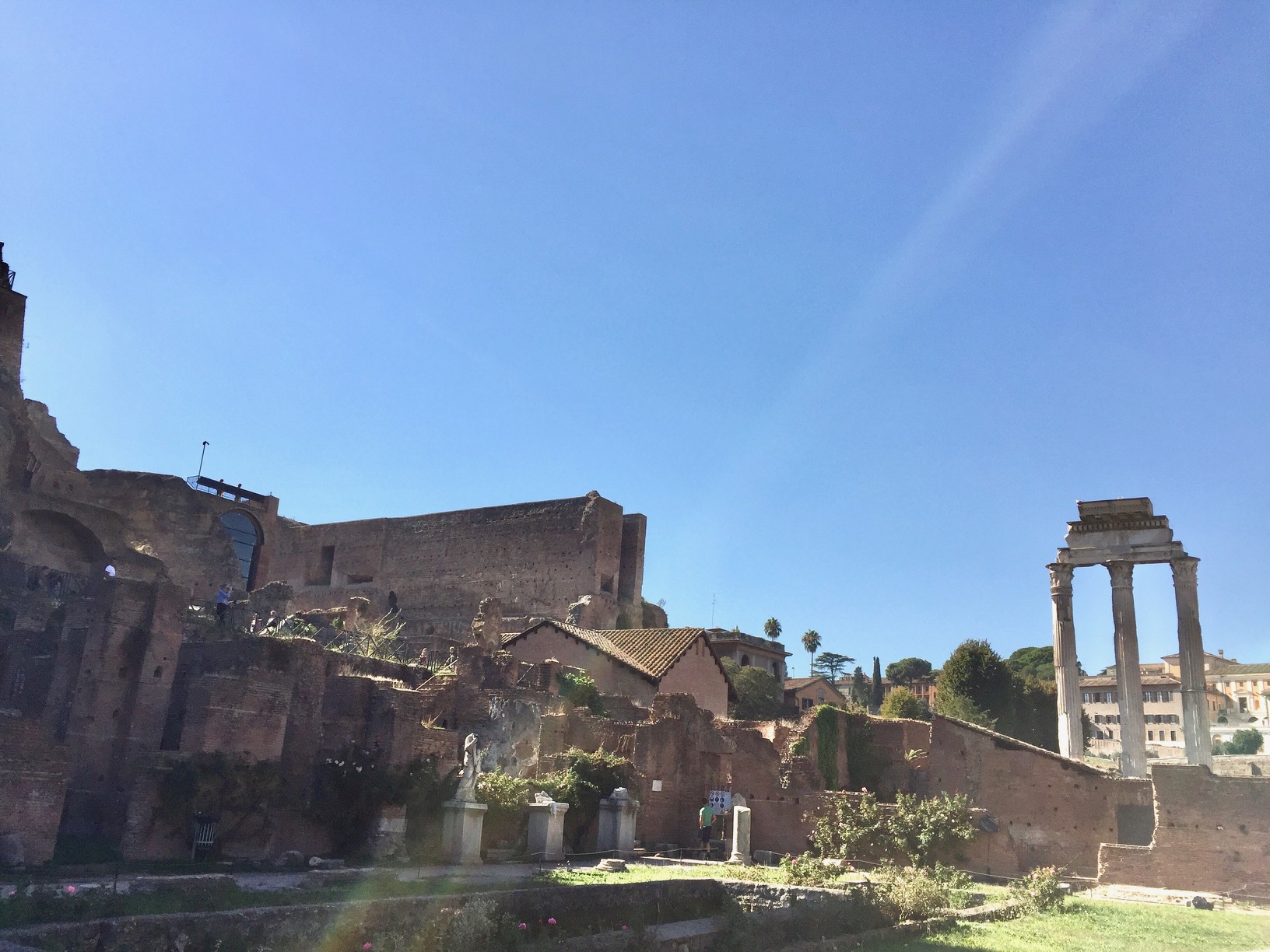 The Colosseum
Started by Emperor Vespa and finished during the reign of his son, Titus in 80 A.D,  the Colosseum is Rome's most recognizable and famous landmark. The opening ceremony lasted one hundred days and included gladiator fights, animal fights, and the arena was even filled with water to re-enact historic sea battles. It was covered in white travertine stone slabs (that have since discolored) and was designed in a circular shape to hold more spectators. What we see now is a mere skeleton of the impressive structure that was the world's largest arena at the time. 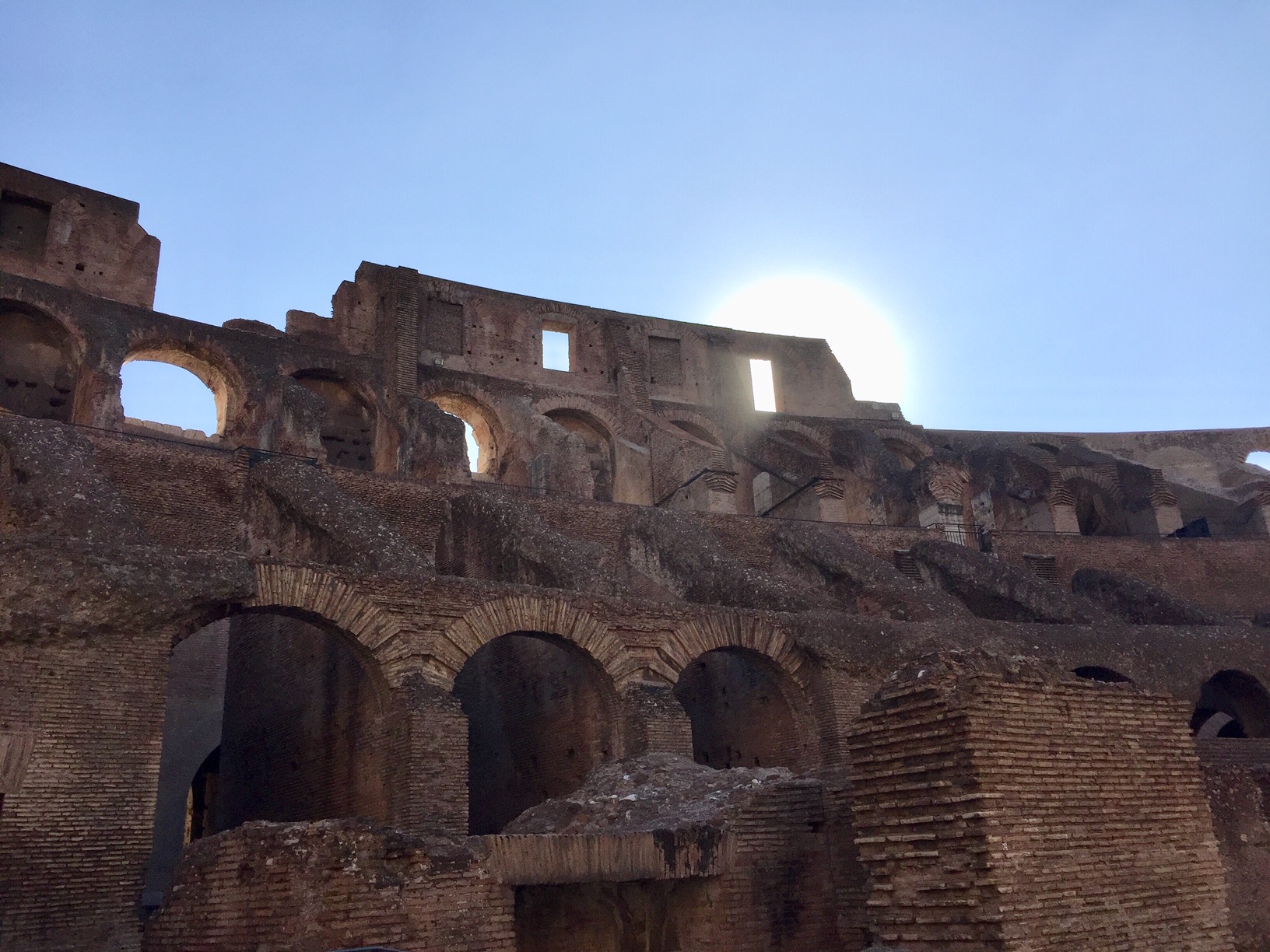 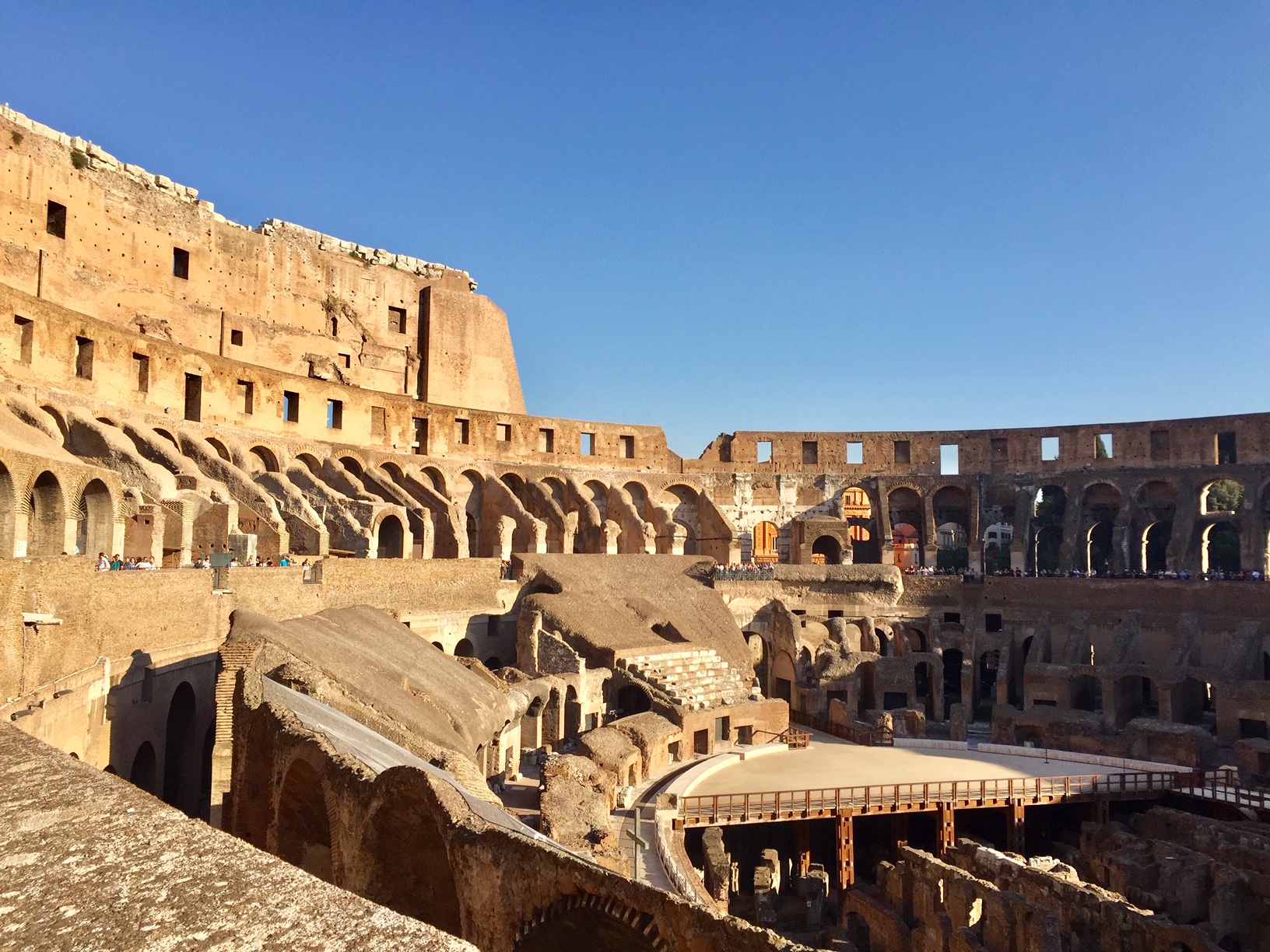 The four levels of the amphitheater could hold an impressive 70,000 spectators with tiered seats designed for the best visibility regardless of where one sat. All Roman citizens were granted free entry, though there was definitely a seating order in place, with common folk at the highest tiers and those with highest social standing near the front rows. The original wooden and brick main stage is gone and only a small portion is reproduced. Two underground levels and the accompanying  hoists and elevator-like lifts (that would lift animals and gladiators to the main stage) are clearly visible and can be toured. 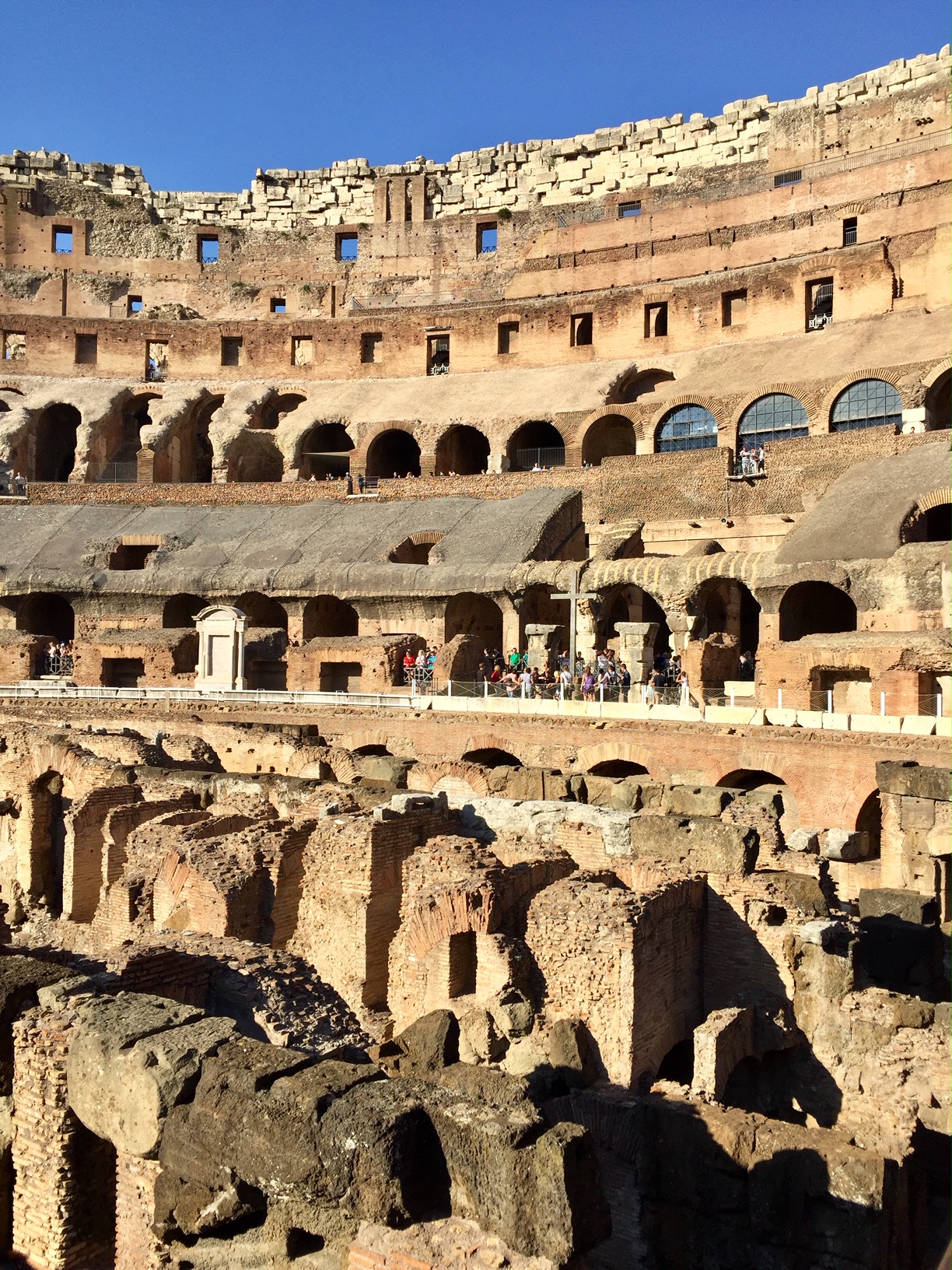 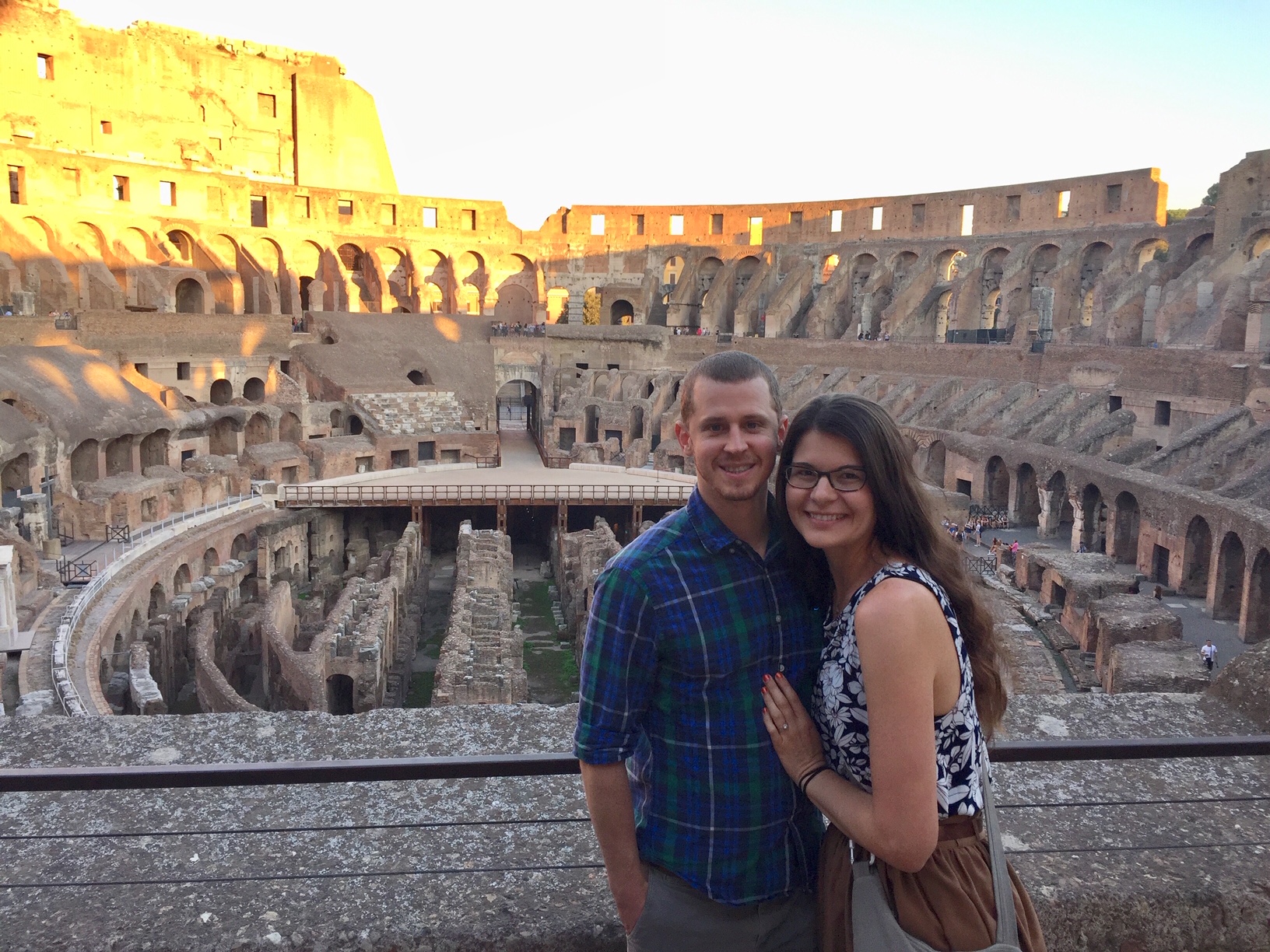 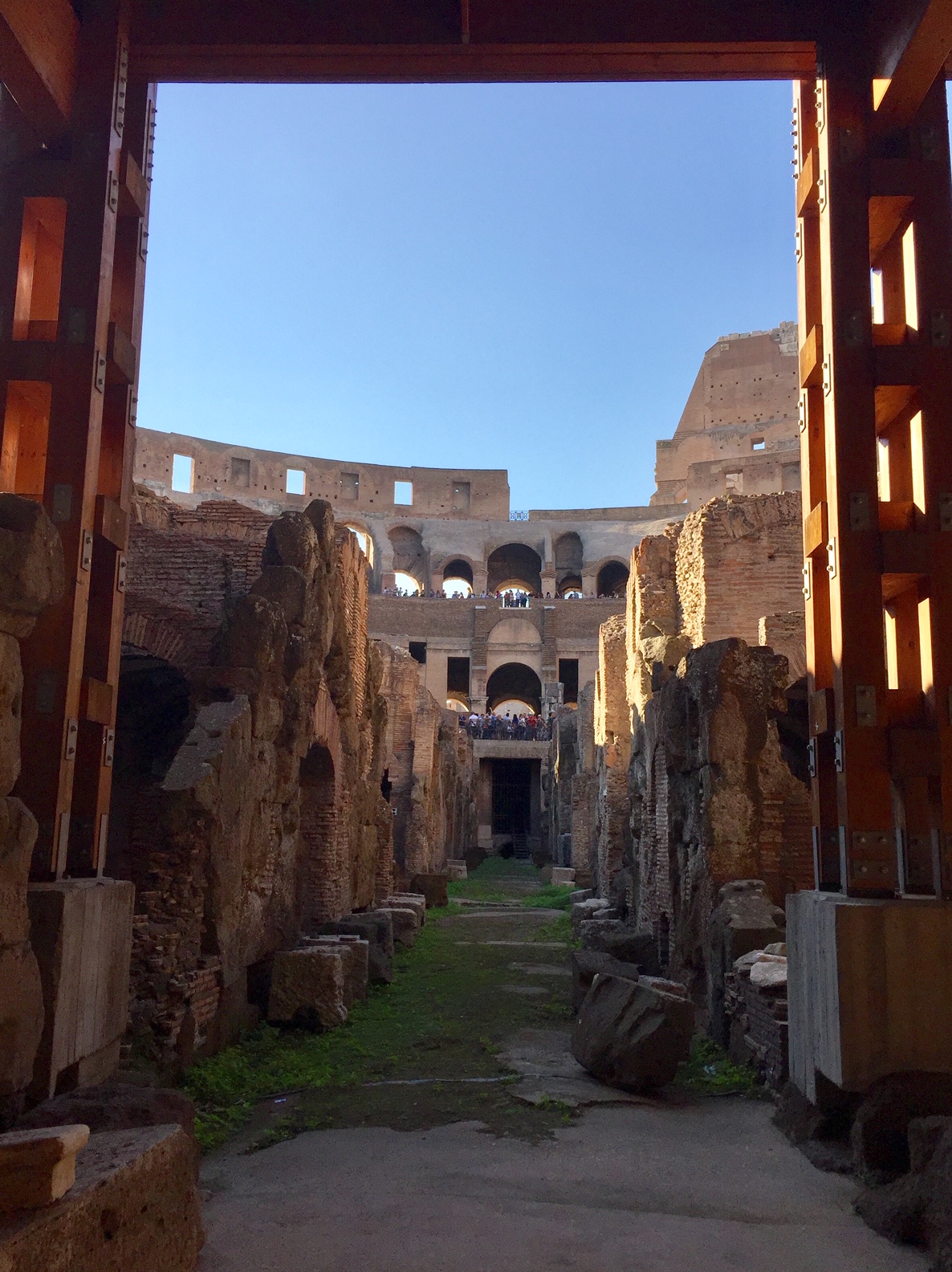 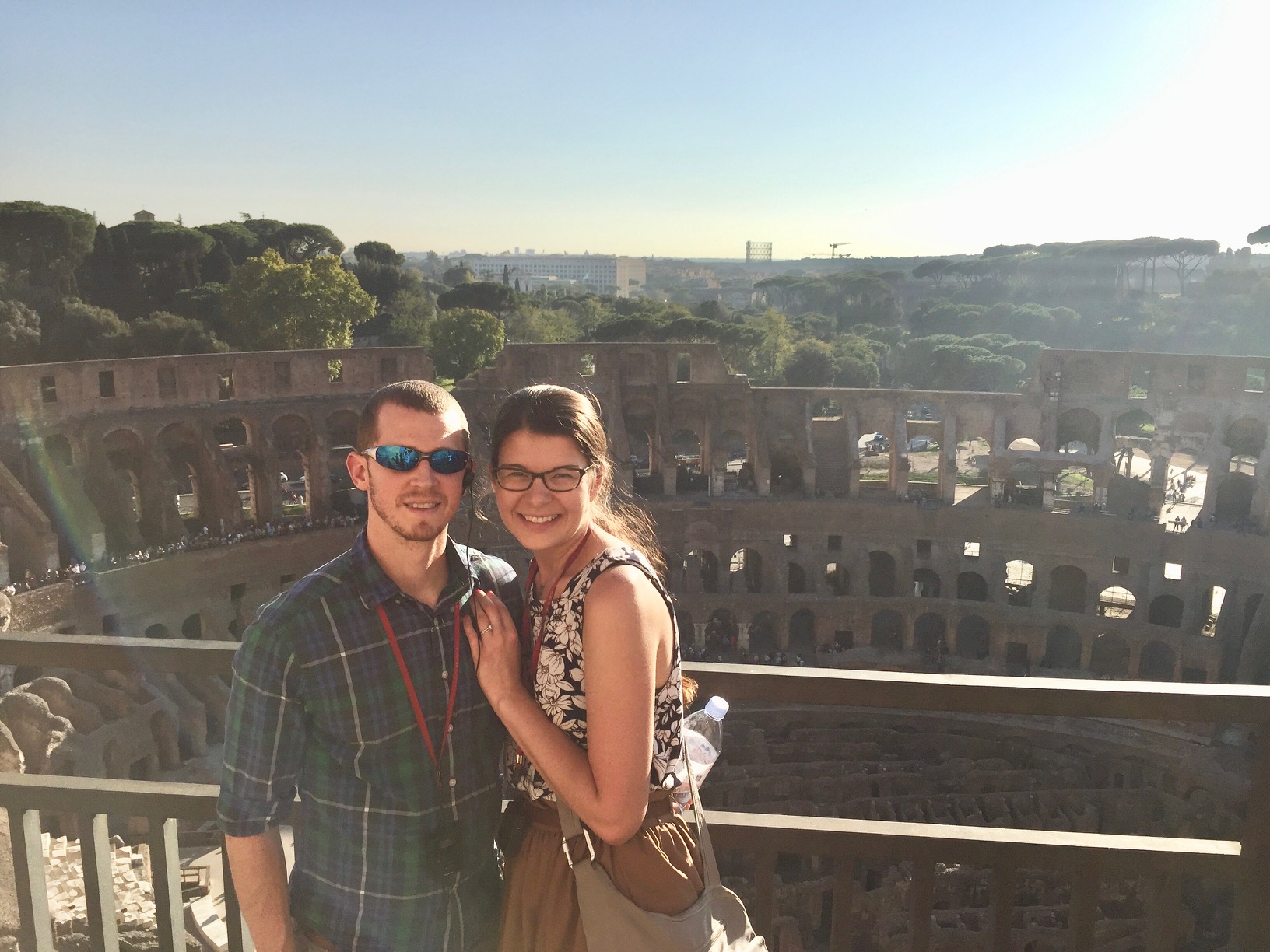 After our tour, we found a spot to relax and gawk at the Colosseum during sunset. Though it is linked to atrocious displays of violence, including rumors of Christians murdered for their faith (though this is denied by historians and our specific tour guide), we could still appreciate the immense structure and remaining ruins. 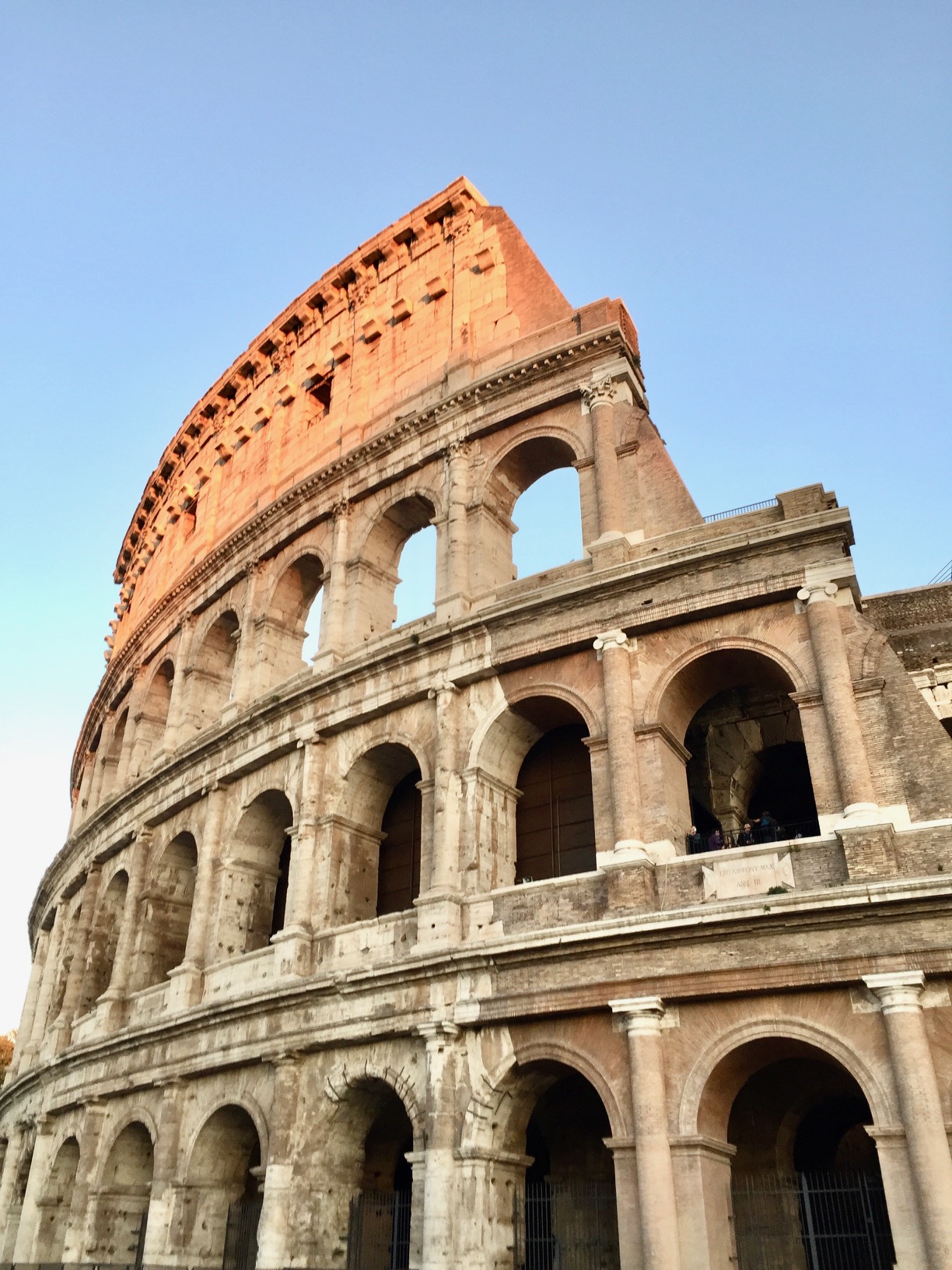 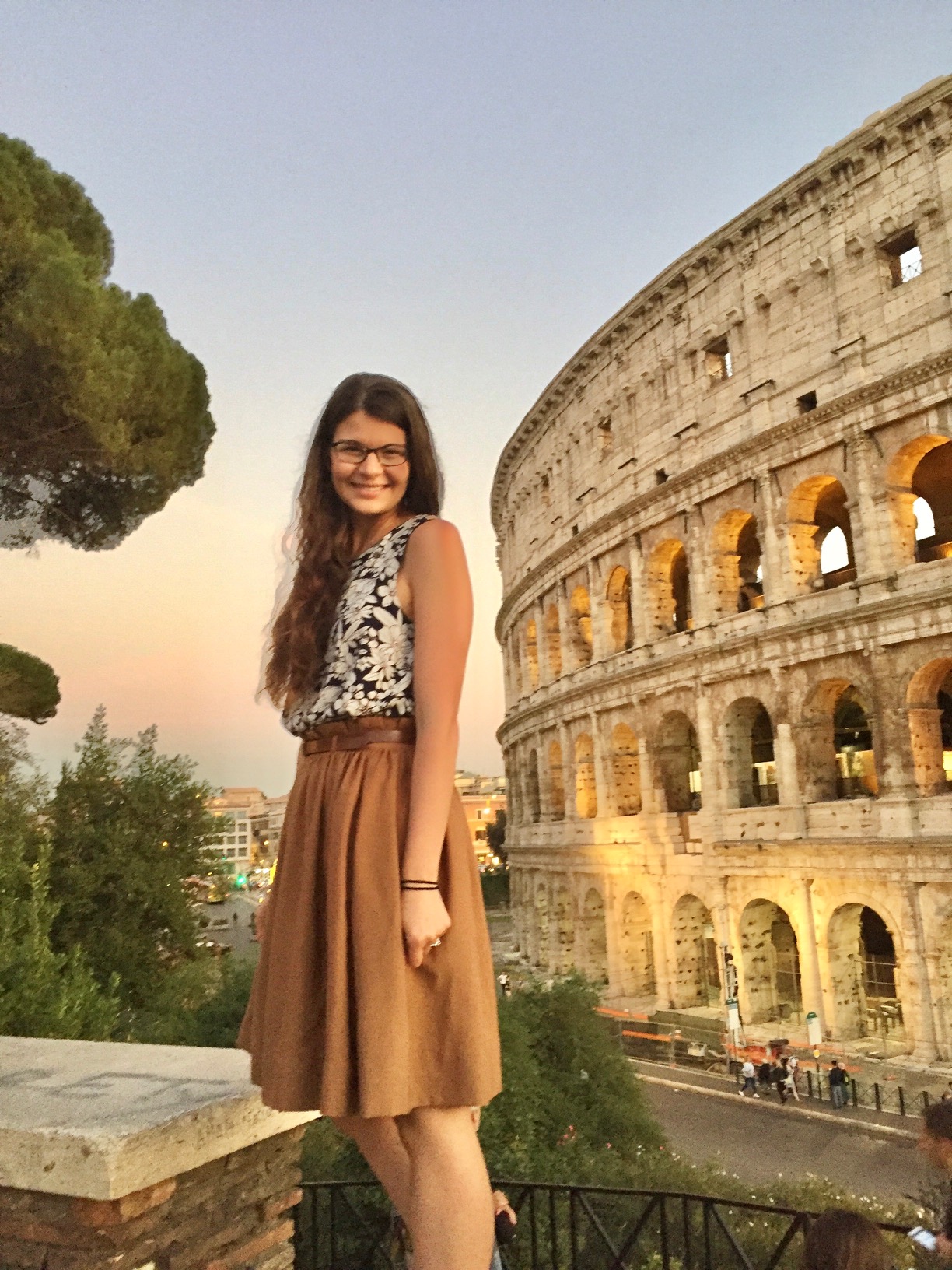 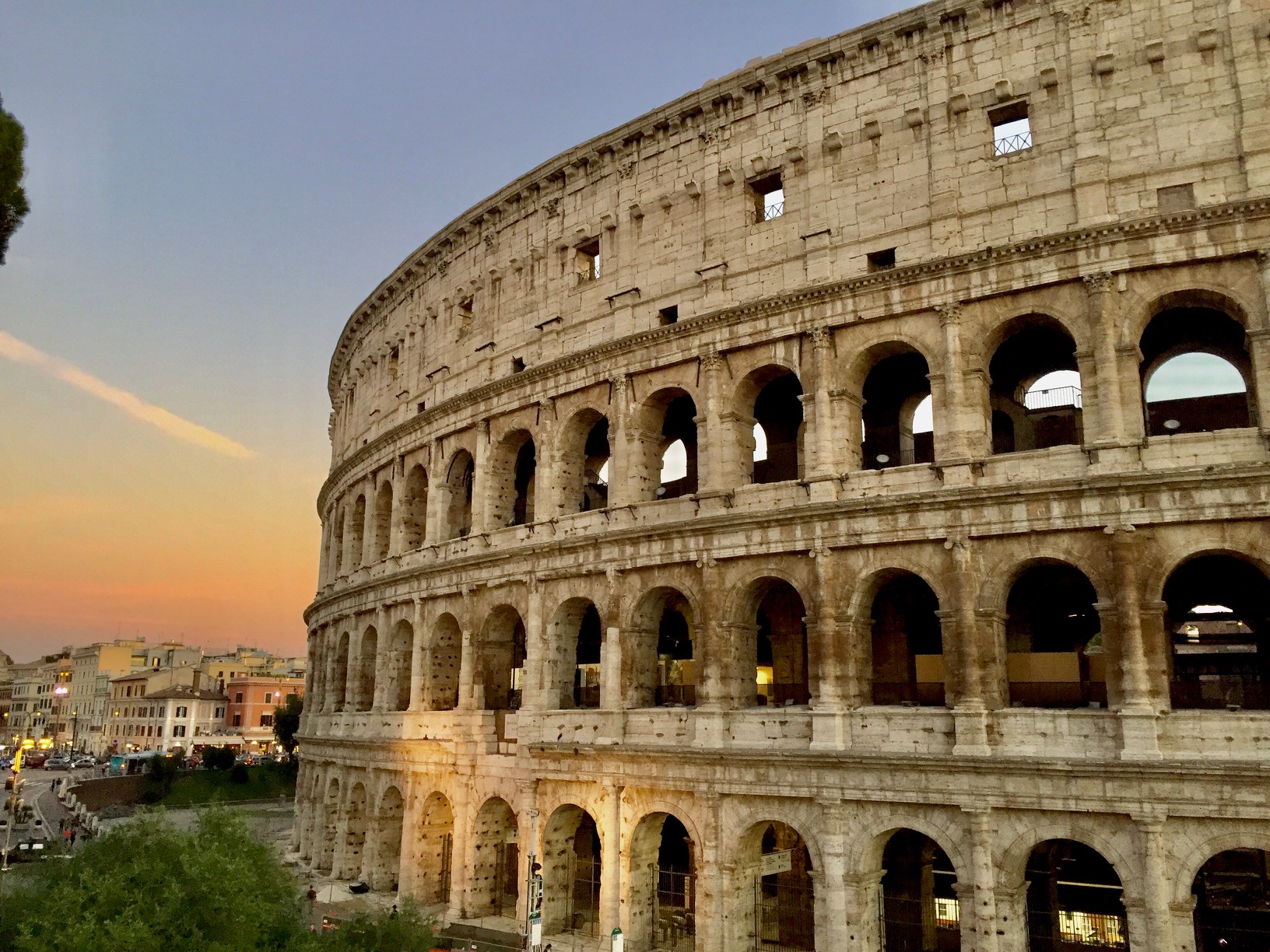 Have you visited the Colosseum? What was the experience like for you?
Email Post
Labels: 2017 Europe adventures