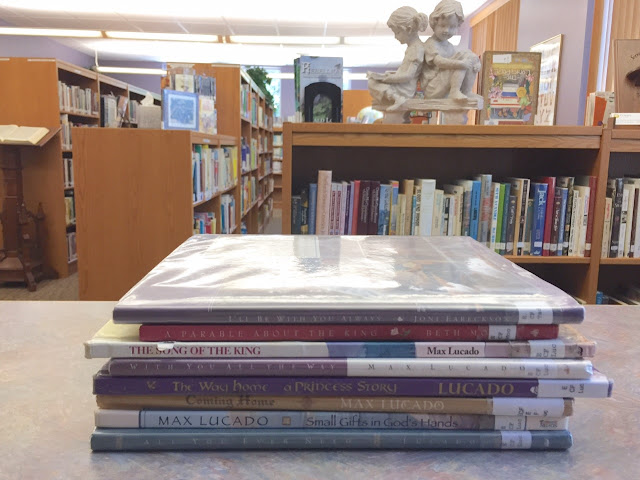 I am starting something new this month ... a monthly blog post dedicated to the children's books ("kid lit"). I have always loved children's picture books despite not having children of my own. I have collected favorite ones that I share with kids I babysit or the ones I used to work with as a home care nurse --- and which I hope to read with our future kids one day.

Here are the children's picture books I read in August. I did not read them with kids, so I cannot review a child's perspective. All of this month's Kid Lit are  Christian books, though I will often post about children's books that are not Christian as well. I just happened to find these while volunteering at our church's library in August and wanted to check them out (pun intended). You may recognize these authors as typically writing for adult Christians but they are also skilled at writing for children too.

All You Ever Need
Written by Max Lucado; Illustrated  by Douglas Klauba

In a dry desert land, villagers are overjoyed to have a source for fresh water. The kind Watermaster lets everyone draw from his seemingly bottomless well. But when he goes away and places his servant in charge, people are told they have to be good enough to deserve the water, which leaves many thirsty and hopeless.

Themes: God's grace -- the "Living Water of eternal life"-- was poured out through Jesus at Calvary and is free to all who come to Him. We don't have to ever be "good enough" for his amazing grace.

Verdict: A beautifully illustrated book with a the vital truth of God's free gift of grace, this is a great book to encourage conversation about what grace means to your child. The writing is simple but the story may be a bit too long for toddlers, so I would recommend it for kindergartners and up. 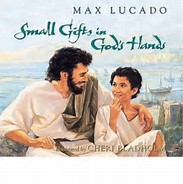 Elijah is a young boy who is living in the Galilean hills and hears about the wonders performed by Jesus. He wants to bring something to Jesus but what could he, a poor boy, offer? Then one day on a hillside surrounded by thousands of hungry people listening to Jesus teaching, he offers his small lunch to Jesus and learns that "no gift is ever too small when placed in God's hands."

Themes: God can use the smallest offerings to bless us and others when we are willing to give what we have into His faithful hands.

Verdict: Gorgeous illustrations of the Galilean villages and seaside. The story interweaves several recognizable Bible stories including Mary Magdalene washing Jesus' feet with her hair and alabaster jar, the four men who got on a rooftop of a house to lower their paralyzed friend into the home where Jesus was teaching and healing, and of course, Jesus feeding the five thousand. Easy-to-understand language but may be a bit too wordy for children in preschool and younger. 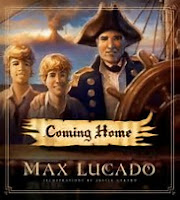 Twin brothers have been stranded on a gray desolate island for many years along with the captain of the ship that had been shipwrecked. Now he is leaving to prepare a place on the beautiful island of Bluestone, but strongly urges the boys to keep watch for his return and to avoid the treacherous forest. Will the brothers faithfully wait for their captain or will they be lured into forgetting about the hope in store for them at Bluestone?

Themes: An allegorical tale of Jesus' second coming that reminds children of faith, patience, and God's love and mercy.

Verdict: I was not too impressed with the illustrations, which seems a bit blurry as if they'd been zoomed in too close. The story is simple enough for kindergarteners to understand. The story may appeal more to boys since there are only male characters and the plot includes a big ship. 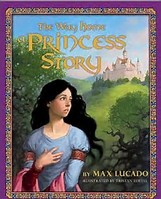 A princess dreams of leaving her comfortable castle to explore the forests where the Lowlanders live, who are said to play all day long. But a plot by these mischievous Lowlander imps threatens her life and calls into action her loving Father the King.

Themes: Adoption into God's family, redemption and restoration after willfully disobeying and walking away from Him.

Verdict: A few scary-ish pages with the imps kidnapping the princess; a longer picture book that likely is most appropriate for grade-school children. There is both a princess and a brave knight and King so it seems like it can appeal to both girls and boys.

The Song of the King (later re-published as With You All the Way)
Written by Max Lucado; latter was illustrated by Chuck Gillies and former illustrated by Tony Goffe 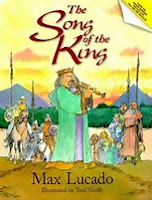 Three knights venture out on a dangerous adventure to reach the king's castle, but only one ends up arriving and it is due to his wisdom and alertness to listen to the song of the king.

Themes: Asking God for wisdom on your life journey

Verdict: I did not realize the two books were one and the same until I read With You All the Way a few days after reading The Song of the King and had a deja-vu moment after the first two pages. Not sure why this was re-published with a new title and new illustrations a mere five years after the original, which I actually preferred of the two.


A Parable About the King
Written by Beth Moore; Illustrated by Beverly Warren 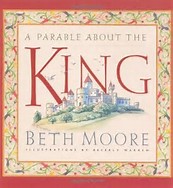 A privileged yet unhappy young princess runs away to be like the peasant children on the streets and enjoys a day of fun until they do something dishonorable and she learns a valuable lesson when the King finds out about her disobedience.

Themes: Comparison to others who seem to have it easier; forgiveness and grace.

Verdict: This is the first Beth Moore children's book I have read (not sure if she has written more) and thought she did a good job portraying the disobedience-turned-repentant princess and the grace and forgiveness of her father the King. I would recommend for grade-schoolers as it is a bit wordy for a picture book.


I'll Be With You Always (later re-published under the title A Father's Touch)
Written by Joni Eereckson Tada; Illustrated by Craig Nelson 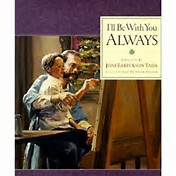 A young painter who deeply respects his father's painting skills, sets out to make a name for himself far away. But after nearly losing all credibility when he is overwhelmed by the fame and responsibility of his success, his father calls him home to remind him of his love and guidance.

Themes: The importance and value of a parent's love, encouragement, and support throughout life, especially during our failures; furthermore, God's unfailing, tenderly, fatherly love and constant presence in our hardest seasons of life.

Verdict: Another beloved author who I didn't realize wrote children's books, Joni's tale is heartwarming and encouraging for those who are struggling or feeling like they've failed. The masterful illustrations look like something out of a museum display; each is so detailed and skilled, it could be framed. I'd recommend this for grade-schoolers.


Have you read any of these books with children, and if so, what did you think?

If interested in purchasing any of these books, please consider using the affiliate links below. I receive a small compensation at no additional cost to you. 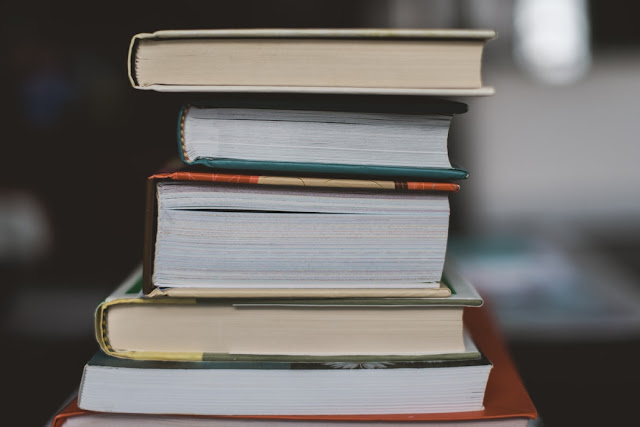