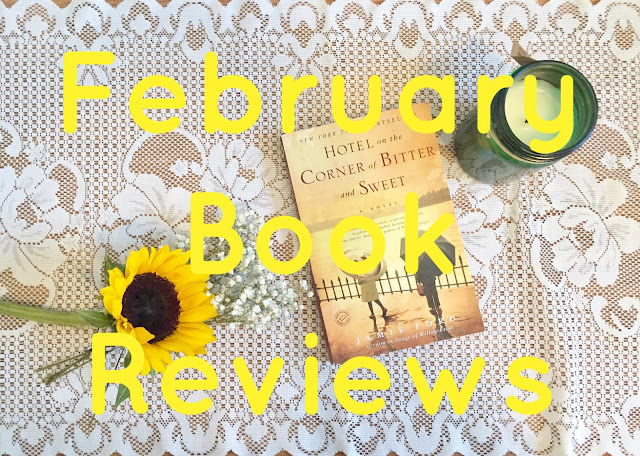 Steadfast Love: The Response of God to the Cries of Our Heart by Lauren Chandler ★★★★★

Chandler dives into the powerful verses in Psalm 107, which shouts praise to God for His steadfast love through the wilderness of dry seasons, through chains of imprisonment, through our own folly when we depend on worldly wisdom rather than His wisdom, and through storms that threaten to overtake us. His steadfast love is always loyal, faithful, merciful, good, and always, always, always full of grace, even when (and especially when!) life seems to be falling apart. What a great reminder through this beautiful and powerful Psalm (one of my favorites) and well-written verse-by-verse exposition by Lauren, with her own stories of God's steadfast love through really hard circumstances in her and her husband Matt's life (specifically his brain tumor diagnosis in 2009).  I read this slow, journaling and praying my way through it for six weeks. It is a gem and encouraged me to look to God's steadfast love through all circumstances.


Letter To My Daughter by Maya Angelou ★★★★☆ (audiobook)

Dedicated to who she calls the daughter she never had but sees all around her, these are inspirational as well as challenging essays for women. She is honest, humble, and witty as she shares her own blunders as well as heartbreaking events that helped carve out the woman she eventually became. Maya has a powerful voice and these essays had the same grit mixed with tenderness that I loved in her timeless memoir, I Know Why the Caged Bird Sings. In part, it is the continual story to the latter, as the reader gets glimpses into her life as a young woman. But her wisdom and candor transcends memoir as she also includes poetry and advice. I listened to the audiobook, which was narrated by her (I LOVE her voice!) but feel like it would have maybe been better to read in print since some of her wise words require savoring and I would have to rewind the audiobook to re-listen to her words a few times and pause to think about what she said.

Seinfeldia: How a Show About Nothing Changed Everything by Jennifer Armstrong ★★★★☆ (audiobook) 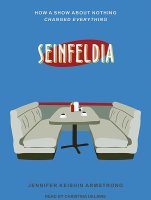 If you watched and loved Seinfeld when it first aired from 1989-1998 -- or you're like me and just recently started watching the show for the first time thanks to the DVD set or reruns -- this is a quirky book about a quirky show that truly changed television. Armstrong explores the genesis of the show by sharing Larry David and Jerry Seinfeld's early careers as stand-up comedians in NYC and their bold attempt at a sitcom about nothing. What many thought would be a total flop ended up being one of the best TV shows of all time (it hit #5 in Rolling Stones' 100 Greatest TV Shows Of All Time). In these pages (or in the audio), you'll find an insider's look to some of the hilarious, weird, and even aggravating things that went behind the scenes of the show, which gave me an even deeper appreciation for what has easily become my favorite TV show this past year (thanks to my Seinfeld-loving husband). Be aware: There are a bit of cuss words, specifically the  F-bomb, usually from Larry David's quotes.


I Will Carry You: The Sacred Dance of Grief and Joy by Angie Smith ★★★★★

While pregnant with her fourth child in 2008, Angie and her husband Todd found out that little Audrey had conditions that made her "incompatible with life". Many recommended she terminate the pregnancy since there was very little chance that their previous baby could survive birth. This is Angie's story of walking through the overwhelming grief as well as the glimpses of joy that were speckled through such a devastating time in her life. She honestly and bravely shares her brokenness, making this a good resource for those who are experiencing the same circumstances or know couples who are going through similar situations. She finishes off the book with practical ways you can be there for these couples. It's a beautiful, heart-wrenching book that points to Jesus as Comforter and Sustainer during very hard seasons.

Emily, a creative girl with a love for the outdoors and writing,  is newly orphaned and is sent to live with distant relatives on New Moon Farm. She makes friends, gets herself in all sorts of trouble, and discovers her love for writing poetry.  I had heard many praises for Emily on the What Should I Read Next podcast and decided to finally give it a try. It may have been that I had really high expectations, or that I already adored Anne and kept comparing the two girls from the two most beloved L.M. Montgomery book series, or that I just wasn't too impressed with Emily's sometimes bratty character. I don't know, but I just wasn't pulled into the story as much as I expected to be.


Hotel on the Corner of Bitter and Sweet by Jamie Ford ★★★★★

Henry is a twelve-year-old Chinese-American boy living in Seattle in the 1940s who befriends a Japanese-American girl named Keiko. He witnesses the blackouts, curfews, and FBI raids during that time after Pearl Harbor, but what leaves the most lasting impression on him are the evacuations of Japanese-Americans to internment camps that separate him and his friend. This sad, confusing, fear-filled time in our history is poignantly captured in the eyes of a child who is beginning to see the world more clearly, as well as Henry as an adult since the book goes back at forth between him as a child and as an elderly man reflecting on his childhood. This is the second time  reading this book and I look forward to discussing it this week with gals from our book club since it'll undoubtedly bring up tough issues about race, fear, and prejudice ... issues we still definitely see in our current political climate today.

I only watched the first two seasons of the BBC series that is based on this book and now am going to try to catch up because I had forgotten how much I loved these stories of midwifery in the slums of London. It is post-WWII in London and Jennifer is a new midwife who works and lives with nun midwives. Her stories of childbirth, from a non-English speaking woman who had twenty-four births to a teen Irish girl who got pregnant while selling her body after being tricked into prostitution, some stories are heartbreaking, others are almost unbelievable, and others are hilarious (like Chummy, the tall, awkward midwife who learns to ride a bicycle).

The Case for Christ: A Journalist's Personal Investigation of the Evidence for Jesus by Lee Strobel ★★★★☆

Strobel used the same methods of meticulous investigation that he used in his previous career as a former legal editor for the Chicago Tribune in this quest for the truth about Jesus. He cross-examines theological experts, physicians, and psychologists to uncover answers to questions like: Can the biographies of Jesus be trusted? Does Evidence exist for Jesus outside of the Bible? Is there any reason to believe the resurrection was an actual event? Was Jesus really convinced that He was the Son of God? He also shares how this investigation shook his atheistic worldview to the core and changed his life. It's a great apologetics book that is not stuffy or hard to read since he uses this unique investigative method that I think is engaging and readable for anyone, whether a skeptic or a long-time believer. 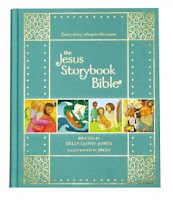 I have loved this children's Bible for many years (and used it frequently when I was a third-grade Sunday school teacher) and was very excited to receive this gorgeous new clothbound  gift edition. The Jesus Storybook Bible "tells the Story beneath all the stories in the Bible", pointing to Jesus whether the reader is learning about Noah, Moses, King David, or other Old Testament figures and then diving into the narrative of Jesus in the New Testament. The subtitle is "every story whispers His name" because Jesus is at the center of God's redemptive story. When I first started understanding this as an adult, it changed the way I approached the Bible. It no longer seemed like independent stories that provide merely morals for good living or warnings, but rather, the stories all have an interwoven connection: It's all about Jesus! "He is like the missing piece in a puzzle -- the piece that makes all the other pieces fit together, and suddenly you can see a beautiful picture." (p.17).  I get so excited that this truth about the metanarrative of the Bible (what Lloyd-Jones calls the Big Story) has been presented to children through the easy-to-understand and beautiful, poetic writing style of Lloyd-Jones as well as the gorgeous artwork of Jago. Over the years Lloyd-Jones' description of God's unfailing love has been on my mind over and over because of it's simplicity and beauty: God loves us with a "Never stopping, Never giving up, Unbreaking, Always and  Forever  Love" (p.36). What a life-changing love and what a joy that children can be pointed towards that love!

Disclaimer: I received this book for free from BookLook Bloggers in exchange for an honest review, which I have provided here.

Nothing To Prove by Jennie Allen

His Needs, Her Needs by Williard F. Harley, Jr.